Alioune CISS is the Chief Executive Officer at Webb Fontaine, a leading provider of solutions for Trade facilitation, powered by modern technology including artificial intelligence across different African countries. The company develops new-generation IT systems that take Trade and Customs processes to the next level for the benefit of the global trading community.

Kindly introduce yourself and your role at Webb Fontaine

I am the Chief Executive Officer here at Webb Fontaine. Webb Fontaine is a world-leading technology company re-shaping the future of Trade. We are proud to be trusted by governments globally, providing industry-wide solutions to accelerate Trade development and modernisation.

We as a company use unique technology including Artificial Intelligence to enable countries to emerge as leaders in the future of Trade.

One of your key areas of focus in the continent is trade digitization. Tell us about this.

Digitalisation increases the scale, scope and speed of trade.

The idea is to move away from paper altogether (or at least as much as possible initially). This avoids lengthy manual intervention, ensures data reliability, and enables automatic centralised processing of different procedural steps. Data is usually the most reliable where it was initially created, so automating as much as possible avoids errors or fraud.

The digital transformation has led to unprecedented reductions in the costs of engaging in international trade, changing both how and what we trade and contributing to growing competitiveness. How is Webb Fontaine contributing to this?

First, by avoiding duplication followed by subsequent reconciliation. All data is vetted when it is created.

Second, by recognising that it is always the same commodity that moves internationally, so identification and regulatory processing can be combined (for example, goods exported in one country are expected to be the same as those imported in another neighbouring country).

Third, by automating most control mechanisms, such as transit monitoring and discharge, with automated risk management to eliminate unnecessary physical inspections, and by trying to mutualise certain types of control.

What are some of the barriers to this digital trade especially in Africa?

There is obviously a mindset, which is not unique to Africa: International trade is processed according to sometimes century-old methods, albeit computerised, when the entire paradigm would need to be changed. Where Africa is at an advantage is that African nations have proven their ability to embrace new technology at a fast pace.

Despite these barriers, what opportunities do you see in the region and how can African nations take advantage of them using technologies like yours?

It is important that there is no solution excluded: While past efforts have been on replicating in Africa systems in use in Europe or North America, there is nothing that prevents improving them, adapting them to the African environment, or even designing brand new approaches that take into consideration the African paradigm.  What is certain is that there is a very keen approach to computerisation and digitalisation, as countries want to jump the intermediate steps that characterised computerisation and digitalisation in Europe for example.

Here we can look at the example of the EU, and possibly learn from mistakes that were made there in the 90’s.  The EU wanted a “big bang” to create a single, unified, and seamless market.  However, a lot of the unification had not taken place (for example, VAT rates differed between countries, and actual value of the Euro in different countries varied (a Euro buys more real estate in Germany than in Italy, taxis are cheaper in Berlin than in Paris or Madrid, etc.). Digitalisation can help in bridging some of the gaps, notably by aligning transaction costs, as long as there is transparency, and real integration (which digitalised Customs transactions can procure). Benchmark.

How is Webb Fontaine facilitating the development of the Africa Continental Free Trade Agreement (AfCFTA)?

The obvious answer is, of course, by computerising and integrating procedures:  In that sense, our Customs Web software for clearance, our single foreign trade windows, our port community systems, as have been deployed in many countries, align definitions, standards, processes, and provide data integrity throughout the chain. But this is not enough: We need to support integration efforts, by re-thinking the entire chain of exchanges, with data sharing, pooling of some processes and checks, acceptance of the validity of control in one country by the other one. This requires a lot of redefining, but as the technology is there, we can hope that countries will want to take advantage of it.

You will agree with me that more still needs to be done to facilitate electronic transactions to drive e-commerce and step-up investments in ICT infrastructure for the digital economy to develop in Africa? Are we doing enough?

Absolutely, we need, with the example of e-commerce you mention, to reinvent the entire chain, so that most transactions may be cleared already when they depart the country of origin.  The notion of “control by default” needs to be revisited, with programmes for trusted traders, and when possible, authorised economic operators.

We also need to adapt our systems to African trade patterns (for example, little has been done so far for small scale cross-border trade, which plays an immense social and economic role). Africa is the continent of transit, landlocked countries, and also relies on imports from other continents, so the EU model cannot be altogether adopted. Transit also plays a large role, and needs to be addressed comprehensively. One lesson learnt from the EU, though, is that dismantling border stations is not effective, and other solutions, such as integration and mutualisation of checks, should be considered. The geography and history of the continent has given rise to informal, or less-than-formal trade patterns. Keeping an eye on borders requires new technologies, and artificial intelligence is also a major risk management asset (also remember that many narcotics shipments transit through Africa, and this, while not specifically a trade integration issue, also needs to bae addressed).

In August this year, Webb Fontaine was awarded a contract in Egypt with Misr Technology Services for the national rollout of state-of-the-art Integrated Risk Management service for Trade and Customs sector. Tell us about this.

Webb Fontaine was chosen to spearhead a project to deliver a newly upgraded nationwide Integrated Risk Management (IRM) service in Egypt. The prestigious project marks Webb Fontaine’s first step into the rapidly growing Egyptian Trade and Customs sector, which has ambitions to expand and develop into one of the region’s most advanced cargo handling and forwarding destinations in the near future.

Webb Fontaine in partnership with Misr Technology Services will deliver a range of services to important government bodies, departments and entities including officials from Egyptian Customs and regulatory authorities involved in the import and export of goods.

As the developer and administer of the current “Nafeza” National Single Window (NSW) system in Egypt, MTS selected Webb Fontaine’s advanced Risk Management System due to its extensive use of AI and other market-leading technologies.

Other than Egypt, which other countries have you rolled out services to? Basically, talk about your success stories in Africa.

Webb Fontaine has multiple projects across Africa; Ethiopia, Cote d’Ivoire, Benin, Nigeria, Guinea, Congo, Niger, Central Africa Republic. We are proud to partner with leading Government Administrations across the continent with digitalization of Customs and Trade processes at the heart of the partnerships.

How has the pandemic affected trade in Africa?

Interestingly enough, it has had unexpected results; While there was a decrease in trade in some countries, others (Nigeria for instance) actually increased revenue collection (at least for Customs). One lesson learnt was that staff shortage in effect resulted in shorter border delays. This needs to be studied in more detail, but it does provide us with a tentative model for the AfCFTA. 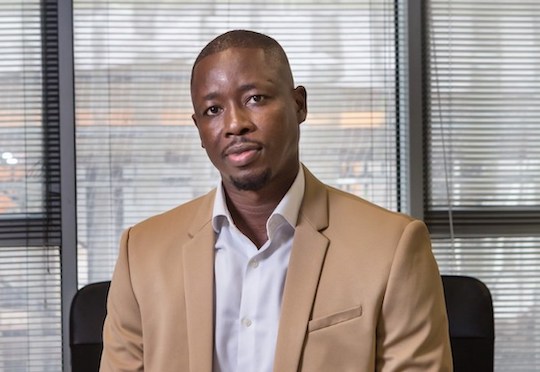