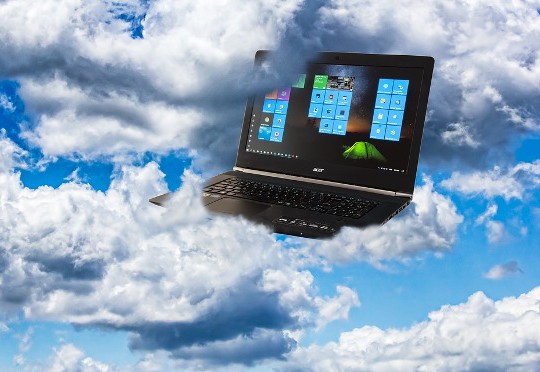 At the 2017 World Economic Forum held in Durban, South Africa – Winnie Byanyima Executive Director of Oxfam International is quoted saying “Unprecedented economic growth has bypassed millions of Africans”. But I believe the cloud is one step in the right direction to counter-act that.

Africa has the oldest economic history in the world. It is common knowledge that humans originated from Africa, but not so common is the knowledge that the first trade routes and economic systems were birthed in Africa from the exchange of different kinds of metals and shells.

Fast forward 7000 years to the present day and Africa has 15% of the world’s population, but only generates 4% of world’s output. So, what happened? Africa after all, is the richest continent in the world in terms of natural resources. It has 8% of the world’s natural gas reserves, 57% of the world’s cobalt, 47% of its diamonds, 49% of its manganese, 31% of its phosphate and 21% of its gold. So what went wrong? Why haven’t native Africans been able to capture the value of their natural resources? And why has the average African been left behind in the rise of globalisation? I believe the answers to these questions provide reasoning as to why Africa is ready for the cloud, today.

Over the past 7000 years a combination of natural disasters, the slave trade, the Berlin conference and the effects of colonialism have led to the wealth and progress not being realized by the average Africa. The cloud changes that. The cloud empowers everyday African citizens and business owners to service a global market for a very minimal up-front cost.

But, what is ‘the cloud’? The cloud refers to software and services that run on the internet, instead of locally on your computer. Examples of cloud services include Google Drive, Apple iCloud, Netflix, Yahoo Mail, Dropbox and Microsoft OneDrive.

The core advantage of ‘the cloud’ according to Recode Conference ‘is that you can access your information on any device with an internet connection’. Practically, this allows faster collaboration of documents, servicing new customers domestically and internationally and solidifying of new cross-border partnerships and distribution channels.

Let me elaborate with an example; let’s talk green energy. There is a green energy company based in Kenya that provides affordable and sustainable wood pellets for cooking. Currently the business model is only expandable based on tangible resources such as human labour, further investment and partnerships within the areas it operates. But if this company transferred part or all of its business model into the cloud, this business can now service new homes and businesses around Africa just because of a basic internet connection. One way this can play out is through these stakeholders ordering the pellets through a mobile application based on the cloud that has real-time stock levels of local distributors of their green energy fuel. Through this new customer can access this company’s green energy fuel for the first time and with ease. A further benefit of adopting ‘the cloud’ approach would be the flexibility to expand internationally with relative ease as opposed to more traditional models that are arduous and costly.

That is just one example but representative of the possibilities for African businesses by adopting ‘the cloud’ into their business model. The two key pillars that drive economic prosperity are investment in infrastructure and growth in small and medium businesses. If African businesses start to embrace ‘the cloud’ and not fear it, then they can not only target new consumers and businesses within Africa but can reach a global audience and start to yield the fruits of the machine of globalisation.

Matthew Downing is the Principal Director of EthiumLive Group in Sydney, Australia.

Do you have an opinion on this subject? Do you think Africa is (not) ready to work in the cloud? Please send us your contribution! Email us at andrea@africabusinesscommunities.com.