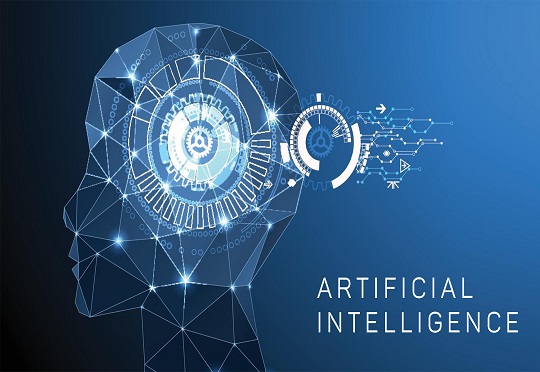 The future of Artificial Intelligence (AI) in Africa is very bright. The technology is going to be the most revolutionary technology that humanity ever experienced, and many African countries have already started implementing it in its earliest forms. This week, MTN Group launched Africa's first Mobile Money (MoMo) artificial intelligence service or "chatbot". The chatbot went live in Ivory Coast in May and will be rolled out across MTN's MoMo footprint in the next few months. Kenya’s Safaricom also launched a similar chatbot in December 2018 for its users available on Telegram and Facebook messenger.

ITR Technology the sole distributors of ManageEngine software in South Africa this week announced their move into Namibia and Mozambique, headed up by ITR Technology’s recently appointed Christiaan PJ De Waal as Business Development Manager for Africa. In Ethiopia, Ethio telecom and Djibouti telecom Executives agreed to use the Ethio-Djibouti Railway, connecting Addis Ababa to the port city of Djibouti, for telecommunication services.

A number of partnerships were also announced this week. Digicall was announced the official distributor and reseller of Intercept IP’s technology in the Southern African region, following an agreement between the two parties.SqwidNet, a leader in the provision of low-cost access to the Internet of Things (IoT) solutions and innovations in South Africa partnered with PoolSense to create a ground-breaking solution to managing water and chemical qualities in commercial and private swimming pools in South Africa. A few weeks ago, SqwidNet and ChipFox-SA also announced plans to take agricultural IoT to new heights in South Africa.

A number of acquisitions were also announced this week. Siemens Digital Industries Software signed an agreement to acquire assets of ESTEQ, a distributor of product lifecycle management, product design and simulation, and manufacturing operations software and services. Travelstart also announced that it was acquiring 100% stake Club Travel Group.

In Nigeria, local SMEs said they are confident that Jumia will continue helping their businesses achieve significant growth. They made the announcement even as Jumia even investors who purchased Jumia Technologies AG shares filed a class action complaint against the company for alleged violations of the Securities and Exchange Act of 1934 between April 12, 2019 and May 9, 2019.

Integrated Biometrics has announced an expansion of its international sales organization and the opening of its first South African office. In Kenya, the leading digital lenders launched the Digital Lenders Association of Kenya (DLAK) to promote industry best practices.

Some news also came from South Sudan this week. UNICEF launched a new online database and application designed to better protect children in emergencies. The launch came at almost the same time when Nokia, and the Finnish National Committee UNICEF and UNICEF Kenya were launching a partnership to increase equitable access to digital literacy for some of the most disadvantaged children in Kenya. China Literature Limited also partnered with Transsion Holdings to jointly expand into and develop the online reading market in the continent.

Pan-African telecoms enabler SEACOM  extended its corporate market offering into the East African region, under its SEACOM Business brand, by providing its Internet connectivity and cloud services directly to corporate customers in Uganda. The company this month also added eight new Points of Presence (PoPs) across Africa to enable more African businesses to connect to cloud facilities worldwide. In April, SEACOM also announced that it will now offer direct connections from its East Africa network to public cloud networks and data centres located in South Africa.

IBM announced the expansion of its quantum computing efforts to Africa in a new collaboration with the University of the Witwatersrand (Wits University) in South Africa. Last month, the tech companyexpanded its Watson Decision Platform for Agriculture, with AI and cloud technology tailored for new crops to Africa and other markets around the world.

Other highlights of the week include Cell C launching WhatsApp Boosta, a promotional product available from 7 June to 31 August 2019 in South Africa, AlphaCode Incubate inviting startups in South Africa with game-changing business ideas in financial services to become part of AlphaCode and WorldRemit launching new product for business payments to Kenya.