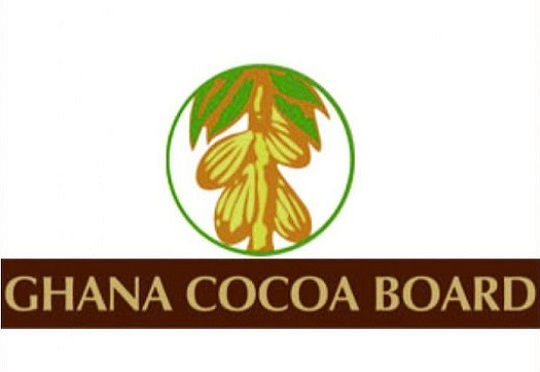 The Ghana Cocoa Board (COCOBOD) has completed a USD 1.3 billion cocoa syndicated loan agreement (receivables-backed trade finance facility) for the purchase of cocoa beans from local farmers during the 2019/2020 crop season.

The facility “will guarantee that Ghanaian cocoa farmers are promptly and fairly paid for the fruits of their labour”, said the Chief Executive of COCOBOD, Hon Joseph Boahen Aidoo, in his address at the agreement-signing ceremony in Paris, France.

He said the impact of the loan facility will be felt not just within the rural economies of cocoa producing communities but will also contribute to the government’s larger developmental efforts.

“It contributes to the sustenance of the incomes of over 800,000 farmer families and the empowerment of their livelihoods.

Participating banks should see themselves, therefore, as making a contribution towards improving the economy and thereby, supporting the government in its developmental efforts.”

Hon Aidoo touted the consistently prompt loan repayment track record of COCOBOD as a major factor for the confidence the international financial system has in the Ghanaian cocoa sector leading to the oversubscription of the loan facility.

He, however, credited Ghanaian cocoa farmers with the resilience which in turn empowers COCOBOD to faithfully honour its obligations to the banks. “Our ability to repay the loans in time reflects the resilience of our farmers in adhering to the proven production and quality standards which Ghana’s cocoa sector is well known for.”

It is for this reason that COCOBOD wants to achieve a sustainable and thriving cocoa industry which provides certainty and reliability with respect to the income streams of cocoa farmers and in which every farmer feels happy.

The joint effort by Ghana and Côte d’Ivoire in achieving a new price mechanism which carries a Living Income Differential (LID) of USD400 per ton of cocoa beans, and COCOBOD’s vigorous pursuit of Productivity Enhancement Programs (PEPS) for the transformation and sustainability of the cocoa industry in Ghana are steps towards achieving the stated goals.

Hon Aidoo urged the consortium of banks for this year’s loan facility to keep alive the tradition of supporting cocoa farming communities with projects to improve the livelihoods.

During the 2011/2012 syndication process, he said, an anaesthetic machine and a borehole were provided for the Tetteh Quarshie Memorial Hospital in Mampong-Akwapim in the Eastern Region. The following year, a six-unit classroom block was constructed for the Ofoase cocoa community near Agona Swedru in the Central Region of Ghana with an amount of USD67,500.

“I am pleased to inform you that since the commissioning of the school block in September 2013, smiles have been brought on the faces of the beneficiary children who were hitherto attending classes in dilapidated classrooms,” he said.

At the ceremony were representatives from the twenty-four (24) participating banks who signed the agreement on behalf of their respective institutions.