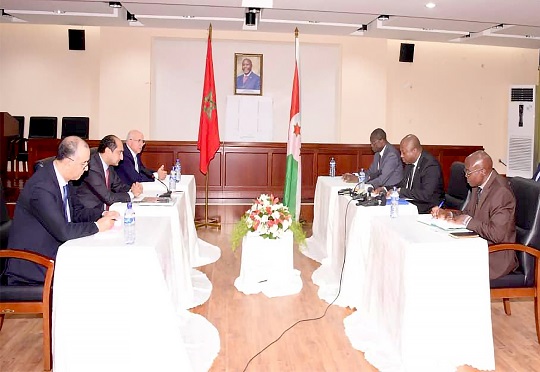 Burundi’s Ministry of Foreign Affairs and Development Cooperation released a statement on Thursday in which it also reiterated its commitment to its consulate in Laayoune.

The Republic of Burundi is actively strengthening ties with regional countries as the government of Evariste Ndayishimiye prioritizes the country’s foreign policy.

The choice of Bujumbura for Morocco’s embassy in Burundi is evidence of the country’s development-focused diplomacy. Morocco selected the country’s economic heart for the location of its diplomatic mission instead of the political capital in Gitega.

Despite the Burundi government operating from Gitega, Morocco opted for the bustling port city of Bujumbura, the former capital and largest city in the country. Burundi changed its capital from Bujumbura to Gitega in 2019.

While Gitega is the official capital, many of Burundi’s branches of government are still in the process of relocating following the 2019 decision, with the official deadline for the move set for completion by 2022.

For Morocco, however, Bujumbura is a logical choice. Morocco’s approach to African diplomacy has primarily focused on mutually beneficial trade and development cooperation. Settling in the heart of Burundi’s economic center therefore seems a calculated choice.

Burundi opened its general consulate in Laayoune on February 28, 2020. At the time the consulate was only the eighth of its kind in the region. Its presence marks a strong signal of support for Morocco’s territorial integrity.

The opening of the consulate saw the attendance of Morocco’s Minister of Foreign Affairs Nasser Bourita and his counterpart from Burundi, Ezechiel Nibigira.

Burundi has long been supportive of Morocco’s efforts to establish lasting peace in the region and has officially declared its support for Morocco’s Autonomy Plan.