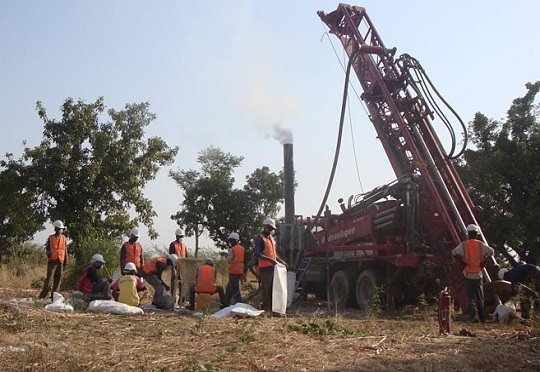 Gold mining company Roxgold Inc.has announced completion of the Bagassi South Project in Burkina Faso under budget and on schedule and a practical completion of its process plant expansion.

"We have marked yet another significant milestone in providing growth and value to our shareholders with the successful completion of our internally funded Bagassi South project, which has been completed on schedule and under budget," said John Dorward, President and Chief Executive Officer of Roxgold. "We are now looking forward to increasing production at Yaramoko and ramping up to full capacity at both the process plant and Bagassi South where we expect to deliver approximately 150,000 ounces of gold from our Yaramoko operations in 2019."

The expansion maintains the simple and robust design philosophy that was implemented originally at the Yaramoko plant which has generated recoveries in excess of 98%.   The following upgrades were implemented to facilitate the additional throughput and gold recovery:

Mine development has commenced at Bagassi South, the second high grade underground mine at Yaramoko, with approximately 668 metres of development completed as of the end of November 2018.

As previously reported, first development ore was delivered to the ROM pad in October on schedule.  Ramp-up of the mine will continue during the first quarter of 2019, with commercial production expected to be achieved in the second quarter of 2019.

Drilling recently commenced at Kaho, located at the southern end of the 55 Zone-Bagassi South Corridor.

The RC drilling is testing a 1.5km coincident geochemical and geophysical anomaly defined last season, and which is also located in an interpreted favorable structural position.  Preparations are also underway for additional auger drilling in the first quarter of 2019 to extend the Kaho grid further south.

In addition, five drill rigs continue to drill at the 55 Zone focused on infill and extensional drilling of the deposit, with results continuing to support the model.

Digitisation of small businesses supports the overall growth of the economy, given the important role they play in the wider economic picture ...read full column here

As startups successfully raise funding, they are boosting their product and service portfolio while setting sight on the East African region for expansion ...read full column here

[Column] Patrick Utomi: For AfCFTA to deliver on its promise, we must address concerns of entrepreneurs

Ismail Akwei is the editor in chief at AfricaWeb, a company that democratizes news and information through its online news platforms … read full interview here

Ready to empower your teams to run projects and workflows with confidence? Join monday.com partner, Incentro for a free live webinar and uncover how to optimize your company’s processes... read full details here