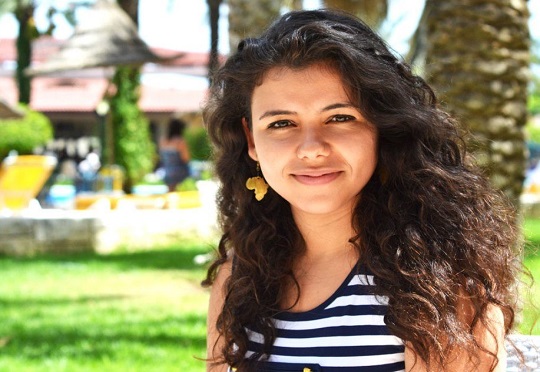 The Chairperson of the African Union Commission, Moussa Faki Mahamat, has appointed Ms. Aya Chebbi from Tunisia as his Envoy for the Youth.

This appointment is a follow-up to the relevant decisions of the African Union policy organs and part of the continental efforts to harness the demographic dividend, empower young people across Africa, and further mobilize them in pursuit of the aspirations outlined in Agenda 2063.

Ms. Chebbi was selected following an open and rigorous process involving the review of hundreds of applications by a Panel made up of representatives of the African Union Commission, the NEPAD Planning and Coordinating Agency, Regional Economic Communities and the United Nations Economic Commission for Africa.

She brings with her a proven track record in advocacy and youth mobilization, with a view to effecting positive change.

The Chairperson expressed confidence that, with her profound knowledge of the continent and issues affecting young people, she will advance the interests of African youth in policies and programs aimed at delivering Agenda 2063.

The 31 year old award-winning Pan-African feminist has been at the forefront of connecting, empowering and mobilizing African youth into social change through Pan- Africanism.

Ms. Chebbi holds a degree in International Relations from the Higher Institute of Human Sciences of Tunis and a Master’s degree in African Politics from the School of Oriental and African Studies, University of London, where she was a Mo Ibrahim Scholar.

She has also taken courses at Columbia University, Tufts University and the University of Denver, in the United States.

She is the founder of multiple platforms, such as the Youth Programme of Holistic Empowerment Mentoring (Y-PHEM), which coaches the next generation to be positive change agents; Afrika Youth Movement (AYM), one of Africa’s largest Pan-African youth-led movements; and Afresist, a youth leadership programme and multimedia platform documenting youth work in Africa.

She served on the Board of Directors of the CIVICUS World Alliance for Citizen Participation; the World Refugee Council; and Oxfam Independent Commission on Sexual Misconduct.

As part of her mandate, and in support of the Commission’s efforts, the Youth Envoy will serve as spokesperson of the African youth to the relevant African Union decision-making bodies.

She will advocate, and raise awareness on, the implementation of the Demographic Dividend Roadmap, which was adopted by the 2017 African Union Heads of State and Government Summit, and the 2006 African Youth Charter.

She will work in close collaboration with nine other members of the Youth Advisory Council designated by the Chairperson of the Commission, taking into account gender and regional representation requirements.

She and the Advisory Council will engage with, and be supported by, relevant Departments of the Commission and other African Union entities, as well as youth organisations across the continent.