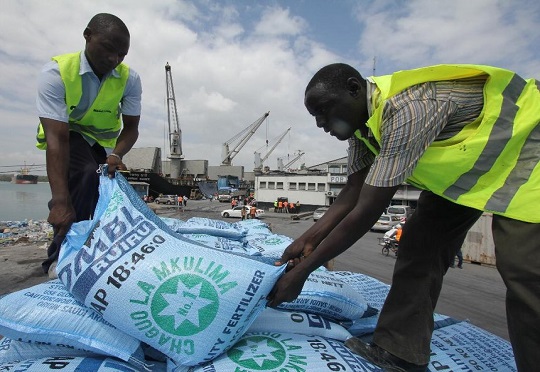 For starters the country’s cut flower sector accounts for one of the largest foreign exchange earners and a source of employment for tens of thousands of citizens. A fertilizer shortage occasioned by a delay at the port of Mombasa has threatened to grid the sector to a halt with the umbrella flower body, the Kenya Flower Council, sounding the alarm over a looming crisis.

The shortage comes as calls continue to mount on the need to rethink fertilizer distribution models with a focus on liberalization. To ensure year round uninterrupted supply, companies like Greenpact have come up with biogas and organic waste fertilizers.

In conservation, global technology company Alibaba Cloud is working with the Ministry of Tourism and Wildlife to tap into  Alibaba Cloud’s powerful computing, artificial intelligence (AI) and Internet of Things (IoT) capabilities to protect the country's most endagered animals. This coming at a time when numerous players have called for heightened action to combat wildlife crime.

As part of efforts to promote effective management of PET plastic bottles, manufacturers through Kenya Association of Manufacturers and partners have committed to undertake measures to encourage recycling and re-use of plastic bottles across the country. This follows a previous venture championed by the same players even as other companies like Safaricom expresses their support for the war on plastics as Kenya seeks a cleaner environment and oceans. Entrepreneurs in the country have become innovative by using the recycled plastic to make dhow at the coast, taking the choke off the Indian Ocean.

To grow its foothold in the country, Cytonn Investments Management Plc has opened a new office to serve the Central Rift region and tap into the vast real estate investment opportunities the region offers. Just recently, global financial group Taaleri increased funding to the company by $21 million.

On the ICT front, Kenyan Startup Lori Systems has this week announced expansion of its operations to  Uganda, Rwanda and South Sudan.

On the other hand, fintech company Impala Pay has partnered with World Capacity builders, a British Colombian company to drive cryptocturrency in Africa. This comes weeks after ImpalaPay and PesaChoice of Rwanda successfully concluded pilot test of cross-border mobile money transfer on the stellar blockchain.

Safaricom has received Tier III Design Certification from Uptime Institute for the Thika Data Center, one of many that the telco has launched, thus joining elite data centers in the world to be certified by the leading Data Center Authority. This is the latest of numerous accolades the telecommunication company has bagged owing to its innovation and business model. Its online farming plarform digifarm has won in Loeries Awards, it has been selected  among 10 case studies of companies around the world offering employer- supported childcare, has scooped key awards in the African Excellence Awards . The company's CEO Bob Collymore has been recognized as the East Africa Com Awards CEO of the year and the International Business Leader of the Year.