Patricia Monthe is Founder and CEO of MEDx Care, an eHealthCenter that brings together health and technology in ways relevant to the social contexts of growth markets (emerging and developing countries).

Her interview with Africa Business Communities:

Would you please introduce MEDx Care?

MEDx Care is an institution dedicated to making accessible good healthcare to those that need it, and in an affordable manner. Health is both the most basic and the most precious asset for us as human beings; access to healthcare should be one of our most basic pre-requisites for a happy life. 36 million people still directly or indirectly die every year due to inaccessible or inadequate or unaffordability of healthcare with the biggest burden being in emerging countries. Additionally, 100 million tourists and expatriates are also living in the growth markets and cannot always easily get access to adapted healthcare. WE CAN NOT AFFORD NOT TO CARE ANYMORE.

Our solution to the Individual and Public Health challenges is leveraging a unique feature deeply rooted in the nature and in the DNA of human beings: INTERDEPENDENCE.

In which industries does MEDx Care operate and who are your clients?

We are in the HEALTHTECH space. Most innovations in healthcare have a vertical focus (targeting a part of the problem, an illness, a vaccine…). Our passion for putting care at the heart of the healthcare journey has lead us on the path of an integrated solution which is delivered ‘on-demand' to fit the needs and means of the different customer groups we work with; a good example is our service in the payment of medical bills which enables

1. Keeping a family healthcare budget that can be used anywhere in the world online.

3. Requesting from family members in any part of the world to pay the medical bills online.

Why did you start MEDx Care?

The motivation and decision to start was a journey that started when my youngest sister had a severe seizure, which we feared would take her life. She had been misdiagnosed, and was receiving the wrong treatment for her actual condition. The idea of such a loss due to a medical error terrified me. I went on from this experience to study and work in the 2015 European capital of innovation, Eindhoven. My experiences opened my eyes and my mind to technology. I started questioning what could be achieved working with it, rather than ignoring its ability to make the IMPOSSIBLE - POSSIBLE.

Later in my career, l looked back on my sister’s experience and did a bit of research of my own, which revealed a number of common challenges across different health systems or regions. That was the beginning of the MEDx eHealthCenter journey.

What can be done by entrepreneurs and governments to further the interests of your industry?

With our model, we have three unique selling points which include Interaction, Portability and Confidence. We strongly believe that digital healthcare will help the government of our targeted markets in Care confidence @macro level. We will provide all the tools and means to empower individuals in their countries. A customer of ours once told us:

‘When my own health is concerned, I want to feel in control and self-reliant, but also emotionally and financially supported by my relatives and reassured about being between competent (medical, pharmaceutical) professional hands and in adapted material infrastructures, as part of a health system which is governed and sponsored by the right national and international political decisions.”  He summed up the key experiences we want to bring to the individuals in our target countries.

You will be participating in the Africa Business Communities Networking Event in Amsterdam on March 8. With whom would you be most interested in connecting, in terms of networking?

What would you want other participants to contact you for?

What can you say about the targets, plans and ambitions of MEDx Care in 2016?

We aim to impact access to healthcare in developing countries (our main areas of focus are Africa, South East Asia, Eastern Europe, and South America). Input is also required from developed countries to enable some outcomes.

According to the W.H.O, the healthcare supply and demand cycle within the four regions is still not balanced, meaning that there are more demands not properly served by the total number of medical practitioners/institutions within the country.

Our objective in 2016 is to reach one million active users by the end of Dec 31.

Which African countries do you predict will perform best in 2016?

Angola: Due to the availability of natural resources and capital which is reinvested in the countries’ infrastructure, with support for the government.

Rwanda is also looking good. The country is led by a president that has shifted the mindset of the people and the nation. Having overcome the pain of the genocide and bloomed into a beautiful nation, Rwanda has transformed itself into a nation that can achieve stability.

Lastly, I’ll say Uganda. Their poverty index reduced by over 20% around 2010 and they’ve shown a continuously increasing GDP. 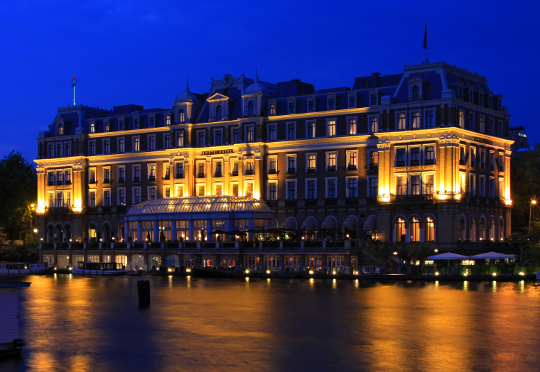 After great editions in Hamburg, Lagos and Accra the Africa Business Communities Networking Event is returning to Amsterdam!
Read all about this event and how to join by clicking here

Please note: this is an open, informal, non-sponsored networking event. There will be no program - so no waste of time - this is pure business networking. You will be...read more here