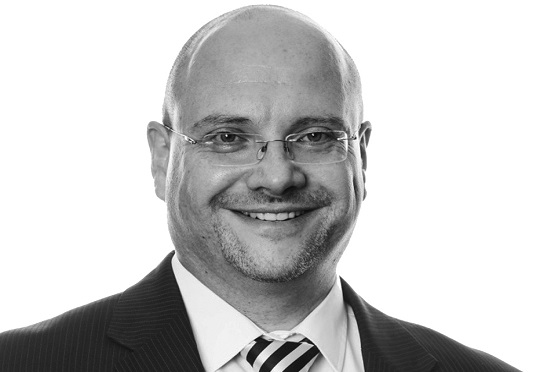 The Competition Amendment Bill (Bill),  introduced in parliament in South Africa recently, has clearly shown that enabling small and medium enterprises and Previously Disadvantaged Individuals (PDIs) to be able to successfully compete in the market is now a top priority for the Department of Economic Development and in turn the bodies tasked with monitoring compliance with the Competition Act. Several of the amendments require consideration to be given to these groups.

The Bill’s formulation arose from an apprehension that economic concentration was too high in a number of South African markets.

Issues affecting healthy competition in the marketplace such as high barriers to entry, excessive pricing, predatory pricing by dominant companies and the inability of new entrants to compete against established firms are all addressed by the Bill.

The Bill was originally introduced in December 2017 but it was amended following public consultations and calls for comment and its new iteration contains some notable new amendments.

One of the features of the Bill likely to be controversial is a reverse onus introduced in relation to excessive pricing matters and the newly introduced offence of dominant firms forcing small, medium and PDI suppliers to supply goods or services at process that impedes the ability of those firms to compete effectively.

This means it will now be on dominant firms to counter the Competition Commission’s (Commission) prima facie cases of these abuses of dominance against them. This is very different from the way our legal system currently works, which has generally always followed the concept of "innocent until proven guilty".

It is also a shift away from the way competition law has developed until now, which has never been about protecting the welfare of one competitor, but rather ensuring competition was maintained in markets.

The new amendments therefore involve a measure of socio-economic engineering, which is unorthodox when one compares the Bill to other competition law regimes in other jurisdictions.

The reverse onus means that dominant firms will now have to be exceedingly careful. If they use their strong bargaining positions to extract very good deals from small, medium and PDI suppliers, the onus will be on them to prove they did not abuse their dominance and that the price agreed is reasonable.

So too when dominant firms set their own prices, they need to be certain that they can justify them as reasonable and not excessive because of the shift in onus. Firms will have to ensure they implement pricing policies that are sustainable, deliver fair returns to shareholders but do not tend towards consumer exploitation.

Excessive pricing is not a new concept, but the manner in which it will now be assessed is new, with the Bill seeking to clarify what has otherwise been a very difficult concept and lowering the bar to successful excessive pricing prosecutions.

All firms with market shares that may tend towards dominance (which does not denote a majority market share, it could be much lower) should be conducting thorough reviews of their business practices to ensure compliance with the Act as it now stands and more importantly with the way it will read in the near future, when these amendments are passed into law.

Many firms have focused their competition law compliance efforts up to now on collusion, and that is and must remain an essential element of compliance, but these efforts should not start and end there.

One of the clear messages of the Bill is that there are going to be more abuse of dominance investigations, prosecutions and adverse rulings than has been the case up to now. Firms should start by asking themselves some basic questions:

*   How do we acquire things/ how do we buy services or goods?
*   How did we negotiate these prices and what informed the targets we set for ourselves?
*   What cost measures are we using to determine our prices, are they are reasonable and what other comfort do we have in this respect?
*   Have we been exploitative and if so how do we change that?

Another significant change to the recent Bill is the increase of the maximum administrative penalty for anti-competitive conduct to 25% of turnover if there has been a repeat offence of the same conduct and the offender is found guilty.

Other amendments to the penalty provisions of the Act, have also put an end to "yellow card" offences. In the past this has meant that first offenders could not receive a fine for a first offence in relation to certain forms of anticompetitive conduct.

The amendments have also made changes how a penalty could be calculated.

The Competition Authorities can now look at the parent and/or ultimate holding company of an offending firm, and if they knew about the conduct concern or reasonably should have known the conduct was taking place, then the penalty cap could also include the turnover of those entities and they can also be made jointly and severally liable for the payment of the penalty.

While this penalty is limited to circumstances in which companies up the ownership chain knew or ought reasonably to have known about the conduct, the wording is such that it is going to give rise to arguments and litigation down the line.

For instance, if a local subsidiary is found guilty of colluding and if it not clear that the parent company knew about it, the Commission will ask what kind of controls should have been in place to ensure the firm knew this was happening, and in which cases companies ought to have known, in other words, what constitutes proper governance. It is unclear where these lines will be drawn and this will have to be tested in court.

Another new feature of the Bill is the introduction of section 18 A, which allows for merger transactions involving foreign acquiring firms that could adversely impact national security incidents to be prohibited.

While s18A is not expected to come up very often, it creates a potential limitation on foreign ownership of South African companies, in some instances at least.

The amendments in the new Bill are sending a clear message that competition law must be taken more seriously than it has been. The heavy flavour in the changes in the Competition Amendment Bill is that the government is looking out for small and medium enterprises, and especially businesses owned by previously disadvantaged individuals.

While this is unorthodox in competition regulation, it is not illegitimate as the government is entitled to use the tools at its disposal to bring about economic change and direction.

Nick Altini, is a Partner and Head of the Competition and Antitrust Practice at Baker McKenzie in Johannesburg, South Africa