[Africa CEO Forum] What are the opportunities that AfCFTA brings for business?

We regularly ask key players for their opinion on current developments in African business and politics.

On this occasion, the question is about the signing of the African Continental Free Trade Agreement by the members of the African Union, which took 17 years of negotiations.

What are the opportunities that AfCFTA brings for business?

Send your contribution to this forum to Bas Vlugt, founder of Africa Business Communities: bas@africabusinesscommunities.com 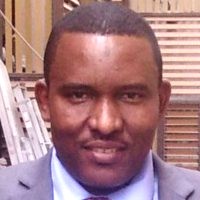 Saeed Mohemmed, CEO of Vialink Sudan. "For years, since I was a high school student, I have been active among my colleagues with the African idea, asking myself and those around me whether we could be on an economically sufficient continent called Africa and not in a world that became populated by wars and complex conflicts. Today I have the certainty that this dream can and will come true.

The Free Trade Zone is an excellent idea and can be implemented to become a global reality that benefits the whole world, and not just Africa, for the following reasons... read Saeed's full contribution here 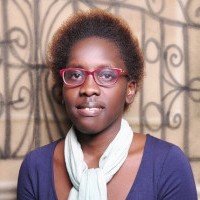 Maria Auma, CEO, Blue Luxury Investments, Uganda. "When I envision AfCFTA, I see a continent where the cost of trade is cut by nearly 80 per cent. Having been in the importation business for over three years I will say first hand that the one thing that eats up our profits the most was the importation taxes and duties. We calculated that importing a container alone was nearly the same price as purchasing the container itself, doubling our costs in the process, and that is not considering the freight and storage costs. Having regional trade agreements like COMESA and SADC may go some way in curbing these costs, but it is still a very small, tiny little way. If I think about the cost of doing business elsewhere, for example in China or the US, the only costs traders have to incure are the usual transportation costs, local taxes and occasional surcharges. This is because somehow their government understands the importance of collectivism and the advantage of operating under a single monetary system.

I cannot begin to think of the number of times I have lost money in foreign exchange within Africa because the country I am visiting won’t accept my Ugandan shillings. And I do not blame them, but we have to ask ourselves with sincerity how it benefits us to lose money in mere forex, when we could ... read Maria's full contribution here. 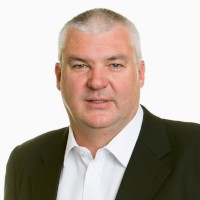 Wildu du Plessis, Head, Baker McKenzie Africa, South Africa. "As parts of the world appear to fragment or turn inwards, there is a new opportunity for African nations to work together and speak with one voice, now that the operational phase of the African Continental Free Trade Area (AfCFTA) has been launched. The AfCFTA is set to be the first continent-wide African trade agreement, with the potential to facilitate and harmonise trade and infrastructure development in Africa. It includes protocols, rules and procedures on trade, simplified customs procedures as well as dispute resolution mechanisms – all aimed at creating a single legal... read Wildu's full contribution here 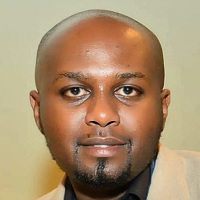 Bob Koigi, East Africa Region Chief Editor at Africa Business Communities: "In its May report, the International Monetary Fund, IMF, hailed the African Continental Free Trade Area, AfCFTA, as an economic game changer akin to those that have previously bolstered growth in North America and Europe.

Days after becoming operational, the continental free trade pact is already exciting markets and investors with the promise of a combined population of more than 1.2 billion people, a cumulative GDP of $3 trillion and total consumer and business spending of over $4 trillion.

As it seeks to address the fundamental question of removing trade barriers and tariffs, with member countries agreeing to remove tax on an estimated 90 per cent of 200 items that are traded in the continent, the free trade area that has been billed the largest world-over after the World Trade Organization, is poised to boost Africa’s competitiveness globally and has fortified efforts of making Africa a primary destination for global investors... read the full contribution of Bob here 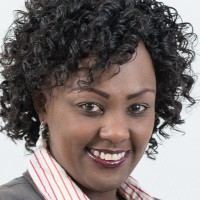 Anne Wambui Gaitha, CEO of Regal Africa Group, Kenya. "I believe that the African Continental Free Trade Agreement (AfCFTA) is a game changer in international trade and will be an amazing opportunity for African brands. Traditionally the trade flows in Africa have revolved around exporting raw materials to Europe and the Far East and then importing value added products from global trade partners. This has not benefited many African businesses, especially the SMEs as they have not been able to compete with the multinational companies. I think AfCFTA will now give SMEs, who are the engines of economic growth, the opportunity to reach the huge African market of over one billion citizens.

The signing of the AfCFTA was the first step in opening up borders where the flow of African goods and services will happen with other African states, but more work needs to be done to create continental focused infrastructure like the LAPPSET project which connects Kenya, Ethiopia and South Sudan. Beyond road and rail infrastructure ... read Anne's full contribution here. 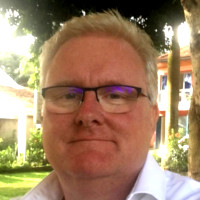 Hans van Linschoten CEO of afriQloud: “After years of waiting, the African Continental Free Trade Area Agreement (AfCFTA) finally came into force. The objective of AfCFTA is to create a single continental market for goods and services, with free movement of business persons and investments.

This good news comes in handy for tech and cloud companies in Africa. I mean, the continent just became the world’s largest free trade area. 55 countries coming together to become a single market of 1.2 billion people with a combined GDP of $2.5 trillion is huge!

According to the African Union (AU), this move is going to expand intra-African trade through better harmonization and coordination of trade liberalization and facilitation and instruments across the RECs and across Africa in general… read Hans' full contribution here 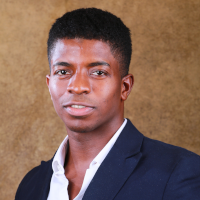 Rahmon Ojukotola is founder of fintech firm, StartCredits, Nigeria. "Nigerian president Muhammadu Buhari ratified the African Continental Free Trade Agreement AfCFTA on the 7th of July 2019 following a long consultation with stakeholders in Nigeria. The delay was due to lobbying from pressure groups highlighting the threats to their members and the national economy.

The AfCFTA basically requires members to remove tariffs from 90% of goods and services across the continent with a few exceptions. This will enable the expansion of intra-African trade that currently accounts for only 17% of Africa’s exports compared to 69% in Europe. The UN Economic Commission for Africa estimates the agreement will boost intra-African trade by 52% by 2022. 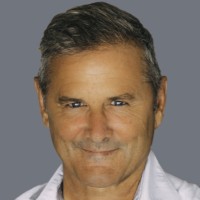 The adoption of Intelligent Automation enables organisations to collaborate freely and leapfrog straight into 4IR territory by using Digital Workforces to automate processes - from the customer conversation to fulfilment – and to orchestrate activities across boundaries, enabled by frictionless cloud deployment. This requires no IT infrastructure, replacement of existing applications, software development or system integration, which means that incumbent businesses can operate internationally, innovate new revenue streams, reduce operating costs and improve the customer experience, while still using their legacy systems. We have even piloted the delivery of digital workers over satellite communications – for monitoring mining operations, for example - where telecoms infrastructure is poor. The Digital Workforce is a great enabler for organisations looking to operate across the continent; local companies can access parent systems, capture data and run their own processes, which reduces their dependence on the parent and improves localisation, while those same bots can also operate the other way around, helping the parent company to monitor performance and consolidate regulatory and financial reports.

AfTCA looks like a great stride forward. If the political will is there and the markets and businesses are willing to integrate, then we have the technical means to rapidly enable joined-up business operations, anywhere. 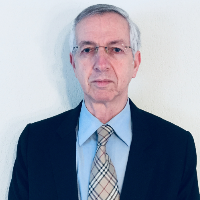 Saadi Arezki, management consultant at Aix Consulting, Algeria: "The African Continental Free Trade Area, AfCFTA, would’ve been indeed a real economic game changer as mentioned in your post within LinkedIn...  If and only if it was supported by an African Transport and Logistics Sector, a sector that remains the  BACKBONE of every single economy, boosting national activities and filling a strong leverage effect on the GDP, ensuring an efficient integration of national activities, strengthening each country and enabling its efficient integration into the region it belongs to, strengthening every region and enabling  each region to be integrated into neighbouring regions, up to the integration of the whole continent.

This African Transport and Logistics Sector would boost every country’s national production, processing and conditioning and trading.

Unfortunately, Africa is missing infrastructures and logistic operators. Its international commerce is under total dependence on foreign carriers and foreign operators are controlling large strategic infrastructures such as ports, and rail networks.

You may compare the freight costs for a single 40' Container shipped from Shanghai to:

•    Abidjan, or Bamako, or any other East, North or West African port
•    Any secondary North European port

Then the same comparison on the other way. You will be surprised at the huge gap between both areas, showing the tremendous extra financial cost that our continent has being undergoing.

We are missing a strategic step at making the African Continental Free Trade Area, AfCFTA, a reality for our continent. Such set up could be achieved within shortest delay. We may gather our efforts and make it happen, provided decision makers are ready to consider.”