Africa Business Communities talked to several entrepreneurs and founders in the early months of the year, and they cast their votes on which African countries will thrive best in 2022. 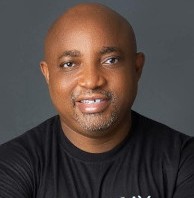 Biodun Kolade, founder, Colad Gray Consulting: I’ll go with Egypt, Mauritius and Rwanda, in no particular order. With a population of approximately 95 million, Egypt is one of the wealthiest countries in Africa and has a stable economy with an average growth rate of 3% - 5% in the last quarter century. Since 2000, the pace of structural reforms including fiscal, monetary policies, taxation, privatization and new business legislations have propelled Egypt toward a more market-oriented economy and prompted increased foreign investment.

Mauritius’ economy is a mixed developing economy based on agriculture, exports, financial services and tourism. It was placed 13th in the latest World Bank ease of doing business rankings; this country has solved most issues any investor would face, making it one of the top 10 African countries to start a business in 2022.

Since 2000, Rwanda’s economy has grown at an average of 6% year over year. With a 76.5 rating, the Sub-Saharan African country ranks 38th on the World Bank’s ease of doing business rankings. Rwanda is ranked number two in the world for ease of property registration, second only to New Zealand. In recent years, this East-African nation has implemented the most business reforms in Africa. The country has put in place electronic systems that have helped replace its stifling bureaucracies. Now taxpayers can issue value-added tax invoices using free software.

Seth Samuel, Founder, Venmun: In no particular order, Kenya, Ghana, Tanzania, South Africa, and Nigeria are, and will generally remain the best performing countries. Their citizens are more open to change and trying out new technologies that help improve lives and businesses. And that is why they are our primary demographic markets for expanding Venmun, our digital marketplace.

Cynthia Chisom, Founder, The Aboki Africa: I think I’ll go with Rwanda, Mauritius and Morocco in random order. The government policies of these countries are centered around creating an enabling business climate for startups and entrepreneurs. As a startup entrepreneur myself, I of course recognize that this sector is fundamental to overall economic growth. 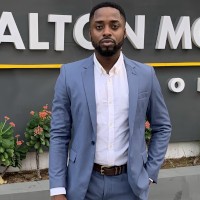 Founder, Chidera Jonathan Emerenini, Appi Technologies: Startups are crucial economic boom and what they need is easier access to capital and the right structure in place for growth. For this reason I'll go with Nigeria, Egypt and Kenya considering the startups operating in these countries and the amount of external funding they have been able to attract so far. 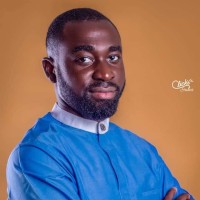 Anthony Owei, Founder, Chicken Palace & ePoulty.ng: I've been priviledged to have traveled across Africa, especially East Africa where I was educated. I think Rwanda will top this list of countries that will thrive. I have read a lot about this country and also have friends who talk about the ease of doing business there, as well as the registration that has been automated. I’ll also place bets on Ghana and Kenya. 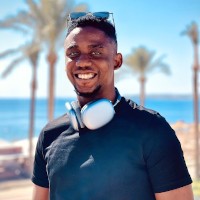 Chidi Nwaogu, Co-founder, Publiseer: I’ll bet on Nigeria, South Africa and Egypt, in terms of the amount of investment that’s being poured into startup companies. Take Nigeria, for example. The Startup Bill was ranked among the major startup acts, so it would seem that the government is putting in every effort into making the Nigerian tech ecosystem a thriving success. 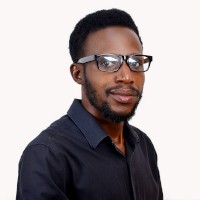 Gbolahan Tobi Ayediran, Founder, Suit-U Travels and Tours: I’ll say Mauritius, Rwanda and Morocco, in no particular order. Mauritius is unique in terms of doing business in Africa and has set the pace for other African countries. Placed 13th in the latest World Bank ease of doing business rankings, this small nation has solved most issues any investor would face. It’s also a politically and socially stable economy that ranked 21st among the most peaceful countries in the world. Its democracy is one of the strongest on the continent. Plus its tax laws are pretty attractive for investors. They also recently signed a trade agreement with China, making them a transportation and financial hub.

Since 2000, Rwanda's economy has grown at an average of 6% year over year. With a 76.5 rating, the Sub-Saharan African country ranks 38th on the World Bank's ease of doing business rankings. Rwanda is ranked number two in the world for ease of property registration, second only to New Zealand. In recent years, this East-African nation has implemented the most business reforms in Africa and has put in place electronic systems that have helped replace its stifling bureaucracies. Taxpayers can now issue value-added tax invoices using free software.

Morocco has also advanced well in the last decade. In less than ten years, the North African country has gone from 114th to 53rd on the ease of doing business rankings. Morocco has become Europe's pathway to Africa, also becoming a leading financial hub in the process. The country expects to grow 3.1% on average in the next few years as its tourism and manufacturing sectors have been selected to drive economic growth.

Digitisation of small businesses supports the overall growth of the economy, given the important role they play in the wider economic picture ...read full column here

As startups successfully raise funding, they are boosting their product and service portfolio while setting sight on the East African region for expansion ...read full column here

[Column] Patrick Utomi: For AfCFTA to deliver on its promise, we must address concerns of entrepreneurs

Ismail Akwei is the editor in chief at AfricaWeb, a company that democratizes news and information through its online news platforms … read full interview here

Ready to empower your teams to run projects and workflows with confidence? Join monday.com partner, Incentro for a free live webinar and uncover how to optimize your company’s processes... read full details here