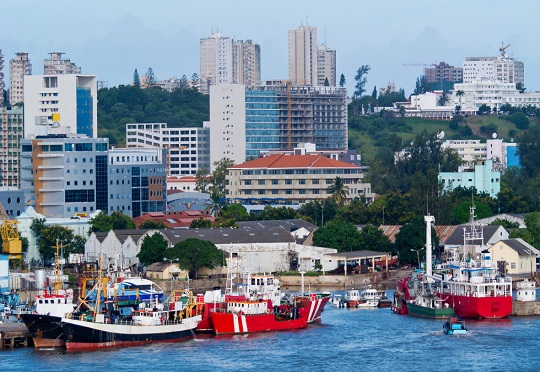 After a year when two severe cyclones contributed to a setback in growth, Mozambique looks ahead having made significant progress in maintaining economic stability and strengthening its external buffers but with a large unfinished agenda in terms of inclusive growth, fiscal sustainability and equitable access to the most basic services.

Having put much of the past economic volatility behind, the challenge for Mozambique remains to be slow growth. According to the Mozambique Economic Update (MEU), growth is expected to have fallen to 2.3 in 2019, from 3.3 percent in 2018, as lower coal production and the impact of the cyclones, particularly on agriculture, affected overall output. With economic output growing at a slower pace than the population (2.8 percent), this translates into a decline in the standards of living in a context where poverty has been further aggravated by the cyclones.

The report also warns that Mozambique is entering a period of widening current account deficits as it heads towards the early stages of the Liquefied Natural Gas (LNG) investment cycle. It enters this cycle with an improved external reserve position. But lackluster non-extractive export performance, lower growth in key trading partners and commodity price movements continue to be important sources of external risk.

The MEU presents a positive growth outlook provided a post-cyclone recovery in agriculture, easing in credit conditions and progress in LNG developments are materialized. But the report highlights the need for a renewed focus on structural reforms for more sustainable and inclusive growth, including progress in strengthening the business environment, increasing the supply of skilled labor to the economy, reducing corruption and improving connectivity. Building resilience to climate shocks is also increasingly critical given Mozambique’s heightened exposure to such events.

The report also notes that having made progress in consolidating public finances up to 2018, the costs of the cyclone response, the electoral cycle and a still growing civil service wage bill forced the departure from this trend in 2019. And although debt levels have declined since 2016, the debt burden is still elevated. Thus, the outlook points to a tight fiscal setting and requires near term measures to reduce the deficit whilst maintaining a persistent focus on improving expenditure efficiency. The MEU also acknowledges the significant progress made in strengthening fiscal management in recent years and calls for additional efforts to control growth in civil service remuneration and to restructure underperforming State-Owned Enterprises (SOE).

A special focus on disparities in access to basic infrastructure

The special focus section in this economic update calls on policy makers to be mindful of the growing rural investment gap. It places a spotlight on public investment in basic infrastructure, a topic of significant importance if Mozambique is to raise equality in opportunity and pursue more inclusive growth.

Using spatial analysis, the report assesses whether disparities in access to basic infrastructure between Mozambique’s lagging and leading regions are growing or declining, and whether the public expenditure program is effective in addressing emerging disparities. The report finds that overall, the gap has been growing between rural and urban areas, especially in the rural parts of Mozambique’s central and northern provinces, which are the poorest. It also shows that Mozambique’s public investment program made limited progress in reducing access disparities during the 2008-2015 investment boom years.

Lower investment levels in underserved areas contributed to increased gaps in access. Spending inefficiencies also played a role: the analysis notes that only 42 percent of the investment budget went to capital expenditure on basic infrastructure for service delivery between 2009 and 2015, with the remainder going towards non-capital outlays such as administrative and overhead costs. But since 2016, investment budget cuts helped improve the composition of investments as allocations to administrative spending fell.

The report concludes by recommending setting specific targets to reach underserved areas in the Plano Quinquenal do Governo and the Plano Económico e Social, taking a forward-looking approach to target areas with growing populations and continuing to reduce inefficiencies in allocation.