We are interested in African statistics and trends. Therefore, we started the Africa Business Panel and the Africa Purchasing Managers Index. The opinions and answers of the panel participants are providing us with real indicators of how Africa is doing, either per country or per branch. 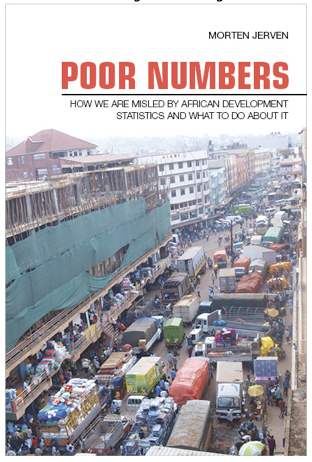 One of the most urgent challenges in African economic development is to devise a strategy for improving statistical capacity. Reliable statistics, including estimates of economic growth rates and per-capita income, are basic to the operation of governments in developing countries and vital to nongovernmental organizations and other entities that provide financial aid to them. Rich countries and international financial institutions such as the World Bank allocate their development resources on the basis of such data. The paucity of accurate statistics is not merely a technical problem; it has a massive impact on the welfare of citizens in developing countries.

Where do these statistics originate? How accurate are they? Poor Numbers is the first analysis of the production and use of African economic development statistics. Morten Jerven’s research shows how the statistical capacities of sub-Saharan African economies have fallen into disarray. The numbers substantially misstate the actual state of affairs. As a result, scarce resources are misapplied. Development policy does not deliver the benefits expected. Policymakers’ attempts to improve the lot of the citizenry are frustrated. Donors have no accurate sense of the impact of the aid they supply. Jerven’s findings from sub-Saharan Africa have far-reaching implications for aid and development policy. As Jerven notes, the current catchphrase in the development community is “evidence-based policy,” and scholars are applying increasingly sophisticated econometric methods—but no statistical techniques can substitute for partial and unreliable data.

Shanta deravajan raised the issue (in 2011) as Tom Jerven did:

Fifteen years ago, Easterly and Levine published “Africa’s Growth Tragedy”, highlighting the disappointing performance of Africa’s growth, and the toll it has taken on the poor. Since then, growth has picked up, averaging 5-6 percent a year, and poverty is declining at about one percentage point a year. The “statistical tragedy” is that we cannot be sure this is true.

Take economic growth, which is measured in terms of growth in GDP. GDP in turn is measured by national accounts. While there has been some progress, today, only 35 percent of Africa’s population lives in countries that use the 1993 UN System of National Accounts; the others use earlier systems, some dating back to the 1960s. 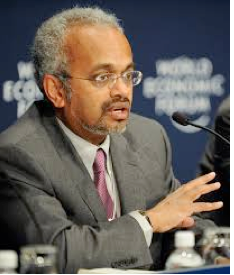 To show that this is not an arcane point, consider the case of Ghana, which decided to update its GDP last year to the 1993 system. When they did so, they found that their GDP was 62 percent higher than previously thought. Ghana’s per capita GDP is now over $1,000, making it a middle-income country.

The “tragedy” is that we were happily publishing GDP statistics and growth figures for Ghana over the last decades, when in fact the national accounts were understating GDP by 62 percent.

GDP statistics are actually not that bad when compared with poverty statistics. As said earlier, Africa’s poverty rate, defined as the percentage of people living on $1.25 a day, declined from 59 percent in 1995 to 50 percent in 2005. Economists have been patting themselves on the back for these results, because they confirm the basic principle that growth reduces poverty.

The situation becomes gloomier when we try to see what those percentages represent. The 2005 estimate, for instance, represents robust statistics for only 39 countries for whom we have internationally comparable estimates. And they are not even comparable over the same year. Only 11 African countries have comparable data for the same year. For the others, we need to extrapolate to 2005, sometimes (as in the case of Botswana) from as far back as 1993.

In short, even the economists’ celebratory estimate of poverty declining in Africa during a period of growth needs to be taken with a grain of salt. In reality, there are many countries for which we simply don’t know.

The proximate causes of the problem with statistics are: weak capacity in countries to collect, manage and disseminate data; inadequate funding; diffuse responsibilities; and fragmentation, with many diffuse data collection efforts.

But I would submit that the underlying cause is that statistics are fundamentally political. Take the poverty estimates. They assess whether people are better off today than they were five years ago. If the estimate takes place during an election year, there is a strong tendency to keep the results under wraps. Worse still, there is a tendency to drag their feet in completing the survey. And the raw data of household surveys are almost never publicly available (so there is little chance of being able to replicate them).

There is another, equally political, aspect to the statistical tragedy. After a lot of bad experiences, the international community has decided that African countries should develop their own National Statistical Development Strategies (NSDS), and that all statistical activities should be consistent with the NSDS.

The tragedy is that donors, including the World Bank, undertake statistical activities without ensuring that they are consistent with the NSDS. Why? Because they need data for their own purpose—to publish reports—and this means getting it faster, with little time to strengthen the countries’ statistical capacity.

But just as Africans turned around their growth tragedy, they can turn around their statistical tragedy. By recognizing that the problem is political, we can attack it at its roots.

Let me suggest three things. First, insist that all data be openly accessible and transparent. Kenya just did this (and so did Bangladesh's central bank). If these countries--not known for their strong governance performance--can do it, so can others.

Second, put in place standards akin to those with PRSPs, whereby all statistical activities have to be filtered through the NSDS. The NSDS should be reviewed at the highest level—analogously with the PRSP—and deviations from it should be reported at an equally high level.

And third, the behavior of donors with respect to statistics should be evaluated, much like the Center for Global Development’s commitment to development index, and made public.