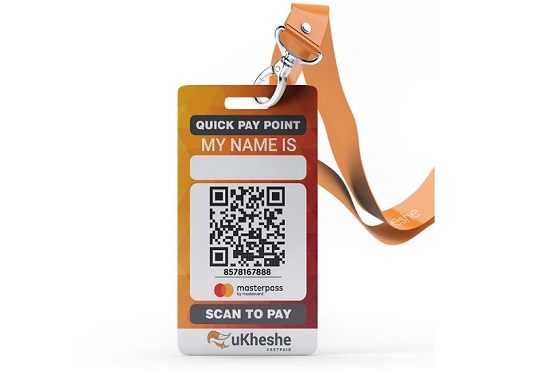 Clayton Hayward, co-founder, uKheshe, says that financial inclusion remains an ongoing objective of the start-up and should become a broader concern across the continent: “As one of the key drivers working to reduce utter poverty, financial inclusion is a global issue and we are confident that our cash card approach will continue to make a positive impact.”

To encourage use and further educate the unbanked and underbanked, uKheshe has launched an inspiring competition offering R25 000 to one lucky entrepreneur each week, starting on 8 November 2019: “We will reward 20 entrepreneurs by the end of February for simply sharing what they do to make money and how a cash card has helped to increase revenue and enabled their micro-business to grow,” says Hayward.

Entries are pouring in with the hashtag #gocashless and businesses ranging from caterers, freelance consultants, bakers, photographers, home industries and many more are sharing their business stories: “It is heart-warming to read how the uKheshe QR cash card is helping so many diversified micro businesses prosper. There is no limit to what this solution can do for the local economy,” says Hayward.

And it is needed, according to The World Bank Group, in Africa alone, there are 370 million people who remain unbanked out of a population estimated to be 590 million. In a report done, it was noted that digital financial services, such as uKheshe, play a major role in the increase of financial inclusion in Africa.

As the number of new fintech companies has grown, so too has financial inclusion. Based on its 2017 research, financial inclusion grew by 43% in 2017. “While the base was low, we expect this number to increase as we head towards 2020. The uptake and interest in uKheshe leads us to believe that the sky is the limit for digital financial services within Africa. We just need to spread the word, educate and ensure that going cashless becomes part of the growing economic culture,” says Hayward.

uKheshe will announce its first five R25 000 winning entrepreneurs this Friday, 8 November 2019. The cash rewards will continue until the end of February 2020, at which time uKheshe will celebrate the 20 winners with an event and further announcements.