From lavish weddings and secret romances to high-fashion runway shows and high-stakes boardroom drama, The Bold and the Beautiful has been a source of entertainment for South Africans for almost three decades.

There is barely a home in the country where generations of parents, grandparents and their families didn’t spend years watching the show together.

Since it went off air in March earlier this year, a gap has been left in the hearts of many in the country.

But that gap can now be filled once again as the world-renowned soapie will be back on South African screens, with Vodacom having secured the rights to stream the beloved television show on its video on demand platform, Video Play. Now South African consumers will be able to stream the soap on their mobile devices, such as their smartphones, tablets, and laptops.

“We are extremely excited to be bringing back one of South Africa’s favourite international soap operas on our video on demand service, Video Play, along with the characters we’ve all grown to love, or love to hate,” says Vodacom Group Digital and Fixed Services Officer, Zunaid Mahomed. “This move forms part of our ongoing commitment to providing access to the content our customers want, in a format that allows them to watch it whenever they want and wherever they are.”

Video Play subscribers will be able catch up where the soapie left off with brand new never before seen episodes of season 31 as well as binge on 50 catch up episodes. New episodes will be released daily starting from 9 October 2019. Consumers don’t need to subscribe to any packages, as content is FREE.

Additionally, the synopsis of each new episode will be displayed so that viewers can discern exactly which episode they want to watch. The catch-up episodes of the Bold and the Beautiful as well as the weekly, new episodes of the television series will be available to watch from 9 October 2019.

“Our South African viewers have been asking for The Bold and the Beautiful to come back. Now we’re very happy to announce the good news,” says 13-time Emmy-Award winning Executive Producer and Head Writer, Bradley Bell. “Thank you for welcoming us back onto your screens.” 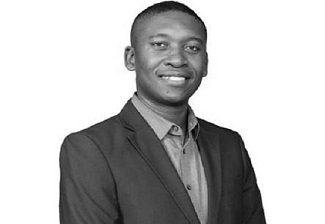 Digital transformation is not leaving anyone behind. It’s the hero in its own disruptive movie, ensuring the safety of everyone in distress by taking them ... read full column here.

[Column] Karien Bornheim: The intelligent mine - The real world in sensors

The Internet of Things (IoT) has become many things in the mining industry. A canary that uses sensors to monitor underground ... read full column here

South Africans are called to raise their awareness and their defences to counter gender-based cybercrimes. This raised awareness also applies to the world of cybercrime... read full column here.