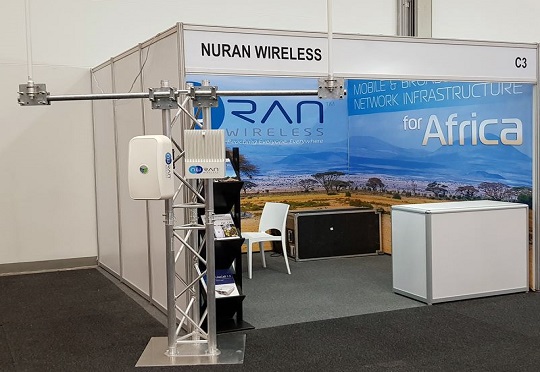 NuRAN Wireless Inc. has signed an agreement with Africa Mobile Networks, a wholesale mobile operator, to supply its rural 2G radio access network (RAN) solutions for a minimum of five countries with the potential of expanding to 13 additional countries.

This agreement represents a potential of over 3,000 sites to be deployed in the initial five countries and can grow substantially with the additional projected 13 countries. This represents the first substantial agreement for NuRAN on the OC-2G product.

Africa Mobile Networks is a group of companies organised with its corporate head office in the UK and subsidiary operating companies in several sub-Saharan African countries.

Africa Mobile Networks Ltd is a UK-registered company and it has the controlling share of each of the local operating companies. AMN plans on investing over $0.55 billion USD in network infrastructure assets over 3 years as a mix of debt and equity.

The agreement stipulates that NuRAN will supply the OC-2G, a GSM basestation that was developed by NuRAN, and contributed to the Telecom Infra Project’s OpenCellular initiative. The OC-2G’s commercial availability was announced in November of 2017 and has since undergone trials with multiple Tier One operators around the world.

This agreement is the first of many anticipated agreements to be announced over the coming year. The selection of NuRAN for deployment in such an important number of countries is a testament to Company’s leading position as a supplier of mobile infrastructure solutions for rural and ultra rural and remote markets.

OC-2G, along with its larger sibling, the NuRAN LiteCell, are both members of the LiteRAN 2G solution and are the result of NuRAN’s uncompromised engineering work to push existing barriers and redefine the economics of connectivity.

LiteRAN 2G is currently recognized for delivering carrier quality of service and reliability, yet being so accessible that connecting even the smallest and most remote communities may be done sustainably.

“We have selected NuRAN solutions to deploy our network in these countries for its ability to deliver carrier-grade performance with outstandingly low total cost of ownership”, stated Michael Darcy, CEO of Africa Mobile Networks. “We have been running live networks with NuRAN equipment for over a year now, and have experienced levels of reliability we would expect of tier-one vendors”, Darcy added.

According to the most recent GSMA figures, Sub-Saharan Africa has 338.1 Million active mobile wallets being offered through 135 services offerings that are processing 1.2 Billion transactions with a combined value of $20 Billion. Mobile Banking and Mobile Payments is a driving force in the urgency to bring connectivity to these communities and can have a profound impact on these communities.

“Financial Inclusion provides a community with the necessary tools to achieve so much. I recall seeing first-hand how lives were changed during the initial phase of installs in MPESA in Kenya. I can see this trend being repeated in more and more communities around Africa. The key goal is to ensure that everyone has access to communications and all that it brings. We are embarking on an exciting journey connecting the unconnected in Africa in particular and around the world. I am very pleased to be working with such great partners at the Telecom Infra Project and with Africa Mobile Networks in particular” stated Martin Bedard, CEO, NuRAN Wireless.