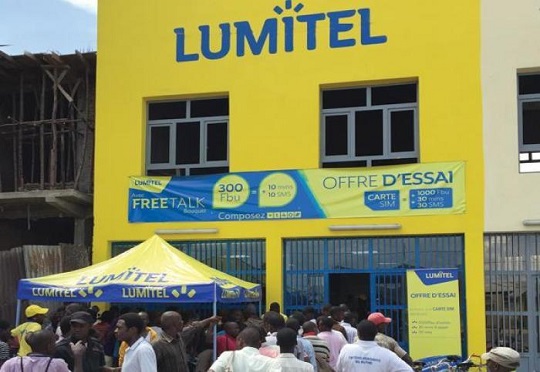 Viettel Group's brand in the Republic of Burundi, Lumitel, has celebrated its fourth anniversary in the market with a 225 percent profit growth in 2018, marking a pre-tax profit of over USD$7.3 million.

Last year alone, the brand saw an increase of 278,000 subscribers -- the highest number in the past three years. This also made the third consecutive year Lumitel has occupied 70% of the new subscribers market in the country.

Despite its seemingly weak potential when the service has launched in September 2016, Lumitel's Lumicash e-wallet has regained confidence by the end of 2018. It has experienced a four time increase in the number of new subscribers compared with 2017, bringing the total number of customers to 320,000. That accounts for 47% of the electronic wallet market share in Burundi, ranking it first among all providers.

Apart from bringing convenience to people's lives and ensuring they remain connected, Viettel also aims to improve the living standards in the country.

"We operate Lumitel in Burundi not only for revenue, but also for promoting socio-economic development as well as building international relations between Vietnam and Brunudi. We hope to create a beautiful image of Vietnam in this country," said Mr. Nguyen.

Among the ten international markets that Viettel is operating in, Burundi is where Viettel set the record by becoming the most popular telecommunications company in the shortest period of time. In 2018, Lumitel's EBITDA margin was 55%, ranking it the second among Viettel's international markets.

With Lumitel's success, Viettel firmly believes that they will continue to lead in the digital transformation of the East African nation and is on track of becoming a leading company in digital services, transmission channels and digital payment.