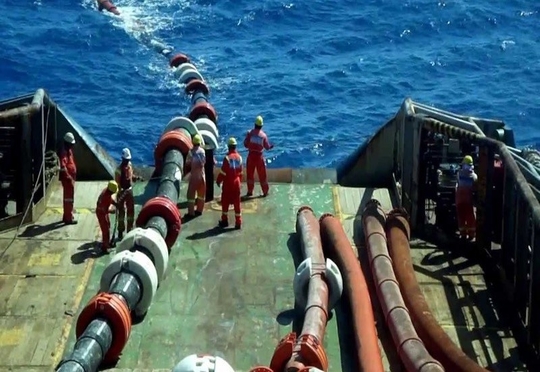 CSquared, a pan-African broadband infrastructure provider that enables ISPS and MNOs to provide high-quality broadband through shared infrastructure, has spelt out its operational priorities that are destined to shape Africa’s digital future. The operations are also expected trigger technological advancement that will bootstrap the continent’s youth into a digital revolution.

Top among CSquared’s priorities is ‘Fiberising’ Africa through synergizing all the technologies that can enhance the ingenuity of Africans and jolt the restless youth to be gainful in their thinking and change the dynamics of Africans from illiteracy to digital literacy.

In his debut interview with the media recently in Monrovia, Liberia, the newly-appointed CSquared’s Group CEO, Lanre Kolade expressed his optimism that Africa would experience digital revolution if both the private sector and policymakers work together to empower and tap into African youth‘s huge potential.

‘Now more than ever, there is a dire need to have broadband that would bring internet to everyone, thus making available such revolutionary technologies as the Internet of Things (IoT) and Artificial Intelligence (AI) to spur efficiency in our digital infrastructure, thus digitizing education, health care, agriculture and other sectors”, said Kolade.

According to Kolade, fiberising Africa is about creating value by changing the way Africa perceives internet. “The continent should transition from being just consumers of the internet and move to the extra mile of generating its own local content.” Further stated Kolade.

He singled out the example of African data centers which can harbor the continent’s ‘library’, enabling efficiency in internet exchange among African countries.

“CSquared envisages a situation where African internet exchange doesn’t have to go to Europe before it cascades back to Africa”, said Kolade, noting that localized content will mean reduction of costs thus easy accessibility of data in the continent.

Fiberising Africa, Kolade, added, is about empowering the people and the continent to carry the right kind of data that ensures ease of doing business, enhancing e-commerce and creating other value chains that impact people’s livelihoods.

Elaborating on how this ambitious feat will be achieved, he said that CSquared believes in collaboration through harnessing the power of Public-Private Partnership (PPT) where possible in a bid to bring stakeholders together in the data delocalization value chain.

Kolade however, acknowledges the inherent challenge in changing the people’s mindset on the quest to transform access to internet in Africa, adding that educating and teaching Africans on the transformative role of delocalized data are key to African technological renaissance.

Speaking on Africa’s ‘scarcity of role models’, Kolade however, was optimistic that Africa’s elusive success stories will soon be told with the proliferation of broadband, spearheaded by empowered youth who would seize the myriads of available opportunities provided by the resultant digital technologies.

Challenging African governments to appreciate the significant role played by ICT in the development of the continent, Kolade decried Africa’s ‘archaic’ intellectual property rights laws that had derailed the continent’s technological progress through redundant regulations, strongly advising that such policies have to be reviewed to fast-track Africa’s evident bright digital future.

“Africa is the next frontier”, an enthusiastic Kolade noted, foreseeing a rising continent, “and it will take collaborative efforts from the private and public sectors to get rid of bottlenecks that stand in the way of our continent’s glory.”

CSquared currently operates fiber infrastructure in Uganda, Ghana, and Liberia and is gradually expanding into more countries, with the ultimate aim of fiberising the entire continent in the near future.

According to Internet World Stats (Usage and Penetration Statistics), internet penetration in Africa by December 2017 stood at 35.2% as opposed to the world average of 54.4% and 58.4 % in the rest of the world respectively.

The comparatively dismal internet penetration in Africa understandably buttresses the urgency in which drastic and pragmatic measures should be undertaken to bridge the gap, a reason as to why digital technology firms such as CSquared are at the forefront in trailblazing efforts that seek to grow access to the internet by rolling out and operating affordable high-speed and reliable infrastructure to expand data availability across Africa.