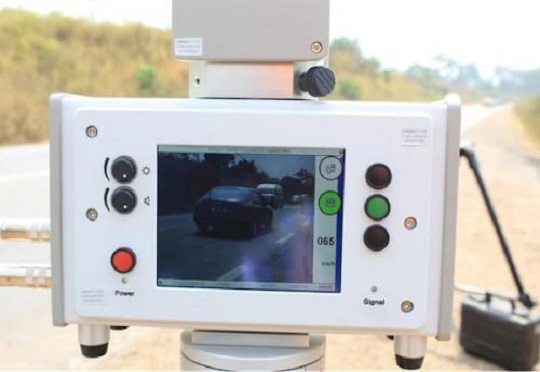 The Ministry of Transport informs that in early March 2021, it acquired speed camera enforcement systems to reduce traffic accidents in Cameroon. Named Tempocam III, the system is the latest-generation radar detection and measurement camera designed in 2019.

According to the Ministry of Transport, it is "composed of a sensor, a computer module, and a digital image module." It can be set on a tripod at a fixed spot or moved according to the need. It can monitor several cars on a six-lane road and the images and information generated are stored on an internal data carrier until they are downloaded from the radar, the ministry explains.

It adds that Tempocam III is easy to use whatever the weather or the time of the day. Thanks to a high-performing zoom, the radar can flash cars in both directions (coming from the front and the back)

The Ministry also reveals that once the radars are installed, signposts will be placed along the roads warning users about the radars ahead. That way, they can reduce their speed and know when they are at fault, and stop suspecting that road traffic control agents want to extort them.

The ministry further informs that in preparation for the installation of the radars along the country’s roads, it launched a campaign to raise users’ awareness of the dangers of speeding and ask them to adopt healthy behaviors to avoid road accidents.

Let’s note that in a study, published in 2009, for the elaboration of a national strategy for road accident prevention and safety, the same ministry revealed that in Cameroon, 70% of road accidents were due to speeding. It estimated the economic costs of road accidents at XAF100 billion yearly, representing 1% of the GDP at the time.

Comparing the economic costs to the programs in Cameroon’s emergency development plan, the study estimated it could have been reinvested to build 10,000 equipped classrooms, averaging XAF20 million yearly to cover most of the country’s needs within two years. The economic costs could have also been used to build over 250 kilometers of paved roads, averaging XAF40 billion per 100 kilometers of paved road. It could have also been used to build eight reference hospitals, with an average investment of XAF12.5 billion to equip them every year. This would have been sufficient to build reference hospitals in all the ten regions within two years, the study estimates.

This has been quite an interesting week in tech, especially for African startups ...read full column here

It is said that the future of finance belongs to fintech. Innovations outside of traditional banking systems have forced established financial institutions to begin embracing disruptive technologies  ....read full column here

It has become universally clear that digital transformation is leaving no industry untouched. This is certainly the case for the engineering and construction industries ...read full column here