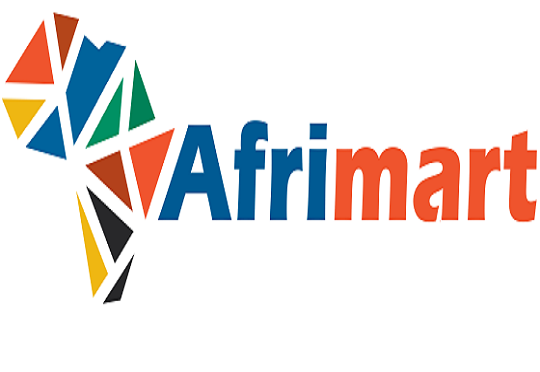 Pan-Africa’s pioneer Business to Business (B2B) e-commerce platform for made in Africa products, AFRIMART, has officially been launched, offering prospects of catapulting the otherwise less exploited intra-Africa trade to higher heights of growth.

Afrimart is a one-stop-shop for all things African; the first Pan-African B2B-focused marketplace whose central aim is to create an infrastructure that supports rapid growth of seamless trade of goods and services across Africa and the rest of the world.

According to Fredrick Igbinedion, Afrimart’s President and Founder, the decision to form the platform was informed by the availability of vast opportunities for business among African countries, most of which had not yet been fully harnessed.

“Africa is by far one of the lowest in terms of continental or regional trade around the world with intra Africa trade estimated at 11%”, said Igbinedion, speaking at the launch event held on the sidelines of this year’s Afreximbank Annual Meeting (African-Export-Import Bank) and its 25th anniversary celebrations in Abuja, Nigeria.
Igbinedion observed that Afrimart takes cue from the ongoing Africa industrialization strategy by African governments and is an essential build up towards the recently launched AfCFTA (Africa Free Trade Agreement) all gearing towards building a prosperous continent with shared wealth.

“We believe that transforming African economies for the better is a shared role, and Afrimart is offering an access to market solution that is key in fostering trade within Africa which will in turn catalyze the continent’s industrialization drive through existing and emerging business opportunities”, Igbinedion said.
“Suffice is to say”, he added, “intra-Africa trade is fraught with many roadblocks which can be surmounted by the proper will, planning and deployment of appropriate technological infrastructure to support this endeavor”.

He identified the most important factor limiting Africa trade, especially at this critical digital age, as market linkages and the automation required thereof to facilitate the linkages.

“Afrimart.com platform therefore, fills this gap. Through Afrimart, we are deploying a world class highly robust and scalable platform that will become Africa's Global Marketplace”, the platform’s President and Founder added.

He explained that Afrimart is designed to create new business opportunities for African SMEs, general merchants and service providers on the quest for growth and expansion by creating visibility and accessibility to African buyers and suppliers.

John Kamara Afrimart’s Director and Co-Founder described Afrimart as, ‘an essential partner for Africa trade built to encompass the challenges facing local traders and e-commerce as a whole, that brings together a network of trusted partners providing relevant services such as logistics, payment solutions and inspection services among others’.

Kamara further stated that “Afrimart is engineered to create a pool of trusted indigenous African suppliers, give them visibility of their products and services, and partner them with merchants across the continent and beyond by facilitating seamless interaction among them, offering best payment platform options, connection to efficient logistic operators, performance and location-based lead generations, guaranteed security and geo region product push among other features”.

According to Kamara, the beneficiaries of the intra-Africa trade catalyzed by Afrimart will include general SMEs, African manufacturers, producers, processors and wholesalers of all classes of goods, commodity traders, farmers, artisans, import & export companies, logistics companies, service providers, large African industries among others.

He called upon all business people across Africa to join Afrimart.com and enjoy the services of a go-to African B2B online markeetplac that is destined to revolutionize Pan-Africa trade, boost manufacturing and the entire African economy.