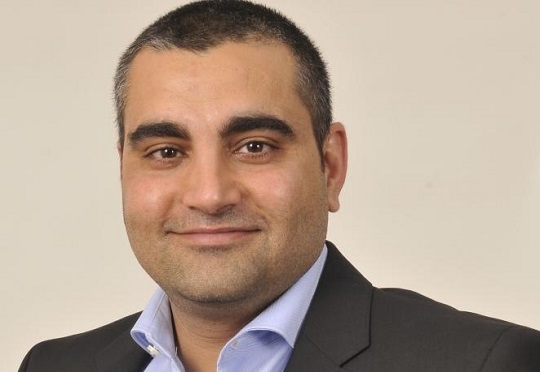 [Column] Mehmood Khan: Remaining competitive in the era of AI and IoT

The emergence and proliferation of exponential technologies such as AI and IoT will challenge organisations’ ability to innovate at speed and scale to remain competitive.

Within a few years, modern executives will have to consider the impact of machine learning, artificial intelligence, IoT and even quantum computing on their businesses.

These technologies hold untold potential for economic growth and prosperity. One recent PwC study estimates the economic gains of AI at $15.7-trillion by 2030, increasing global Gross Domestic Product by a staggering 14%.

A separate McKinsey study expects the Internet of Things to add $520-billion in global annual economic benefits by next year, climbing to anywhere between $4-trillion and $11-trillion by 2025.

Technology has already transformed our world many times over; the new technologies on the horizon hold the potential to accelerate the cycle of business model reengineering, generating greater value and growth than we can reasonably predict right now.

These benefits, however, are not without risks: loss of job functions will challenge the ability of organisations to upskill and retain staff.

The same AI advances that will increase productivity will also enable an entirely new set of cybersecurity threats that could potentially cripple entire organisations.

For the COO, this means a fundamental rethink of how organisations build sustainability into their business models.

Global sustainability consultancy BSR’s latest State of Sustainable Business report found that business – not politicians – will lead the charge for a more sustainable future. Issues such as climate change, the achievement of the UN’s Sustainable Development Goals, and increased demand for accountability will all be driven largely by the private sector.

The same report highlighted that C-level executives have the greatest measure of influence over a company’s sustainability.

The COO, tasked with building the systems and capacity that enables organisations to adapt seamlessly to new opportunities and position better in the fight against emerging threats, is especially influential in this regard.

So, what do COOs need to consider in light of increased demand for sustainable business practices in exponential times?

In an environment of constant accelerating change, organisations need to ensure they continually invest in their internal capabilities.

Upskilling staff, redeploying productive team members whose jobs are affected by AI, and ensuring the leadership team is adaptive and responsive to change is key to ensuring sustainability.

With the entry of Generation Z and the domination of Millennials in the modern workplace, companies are also being forced to look at a world beyond profit.

Striving for a higher purpose not only unites disparate teams in different geographies around shared goals but increases the emotional engagement within and outside of the company. This was illustrated in a landmark ten-year study of the world’s 50 fastest-growing brands that built the deepest relationships with customers and achieved the highest financial growth between 2001 and 2011 conducted by Millward Brown and Jim Stengel.

Of utmost importance is the modern organisation’s own technology backbone and digital core, without which exponential technologies will disrupt and upend their operations and almost-certainly spell doom for their future growth prospects.

Investments now into the likes of SAP’s S/4HANA digital core and its Leonardo platform that is purpose-built to enable and integrate exponential technologies will set organisations up for an era of unprecedented growth.

The exponential future is at our doorstep. We can hide behind the curtains and pretend these forces will pass us by. Or we can reimagine the way we build and operate businesses and take advantage of the untold benefits of this new era.

The choice is yours.

Mehmood Khan is the Chief Operating Officer at SAP Africa