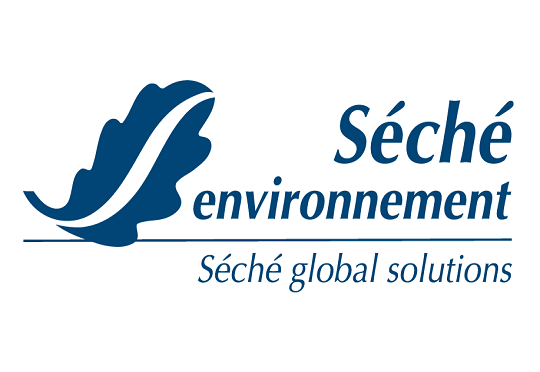 The transaction will be implemented via a scheme of arrangement whereby Séché South Africa is offering Interwaste's shareholders ZAR 1.20 per share. This bid has been approved by Interwaste’s board of directors and independent board after valuation by an independent expert.

With this acquisition, Séché Environnement aims to build a strong position at the heart of a highly promising region, spanning South Africa and Southern Africa, thus taking advantage of growth and transformation of its waste markets in a circular economy approach.

The group has a solid base of industrial, local and multinational clients, most of which operate in the mining and raw materials sector.

Founded in 1989, Interwaste has a workforce of around 1,900 people. Its growth has been led by an experienced, professional and autonomous management team. Interwaste has ISO 14001 and OHSAS 18001 certification and its recent, high-performance facilities comply with international standards.

The Company has been listed on the Johannesburg Stock Exchange since 2007 and has a market capitalization of around ZAR 440 million (around €25m).

The following shareholders own more than 5% of Interwaste's share capital: founder and CEO Alan Willcocks’s holding company, the Wilco Family Trust, and investment fund Coronation Capital. The float represents 44.3% of the shares, leaving 8.7% in treasury stock.

Séché Environnement intends to turn Interwaste into a platform for growth in South Africa and Southern Africa, as part of a geographical, industrial and commercial diversification drive and to meet the growing need for waste recovery and treatment solutions among economic players in these regions.

Séché Environnement will bolster Interwaste's competitive leadership and create mutually beneficial synergies by bringing recognized expertise in the management of hazardous waste to Interwaste and enhancing its range with new solutions for processing certain types of technical waste, whilst also benefiting from Interwaste’s excellence in logistics.

As a specialist in the circular economy, Séché Environnement also wants to speed up Interwaste's strategic approach to material and energy recovery from waste to meet the challenges and regulatory obligations faced in these regions.

On October 18, 2018, Séché entered into an offer and implementation agreement with Interwaste Holdings which set out the terms of the scheme of the arrangement and certain other matters relating to the transaction.

On November 2, 2018, Séché (together with Interwaste) filed a firm intention announcement in relation to the scheme of arrangement with the Johannesburg Stock Exchange authorities with a view to acquiring 100% of Interwaste's equity capital at a unit price of ZAR 1.20.

The offer price implies a 47.9% premium to the 30 day volume weighted average price of the shares as at 28 September 2018, the trading day immediately preceding the issue by Interwaste of a cautionary announcement in connection with the transaction on 1 October 2018.

Séché also announced that Interwaste's two largest shareholders, being the investment vehicle of the founder and CEO, the Wilco Family Trust and investment fund Coro Capital Proprietary Limited, have irrevocably undertaken to sell a total of 47% of Interwaste’s share capital (which calculation includes 8.7% treasury shares), at a price of ZAR 1.20 per share. These undertakings illustrate the main shareholders’ confidence in the scheme of arrangement.

In the event the scheme of arrangement is a success (i.e. at least 75% of the shareholders vote in favour of the transaction (which shall include the two main shareholders who have already indicated their assent), a mandatory sell-out procedure will be automatically triggered on all of the remaining shares owned by minority shareholders in order to de-list Interwaste from the main board of the Johannesburg Stock Exchange.

The acquisition of 100% of Interwaste’s equity is expected to cost around €32m, which would be financed using drawdowns from Interwaste’s bank facility of July 2018.2

Subject to the approval of Interwaste’s shareholders and of the stock exchange and regulatory authorities and the fulfilment of the transaction conditions, the acquisition is anticipated to complete in the first quarter of 2019, which means it will have no impact on Séché Environnement's financial position at December 31, 2018.