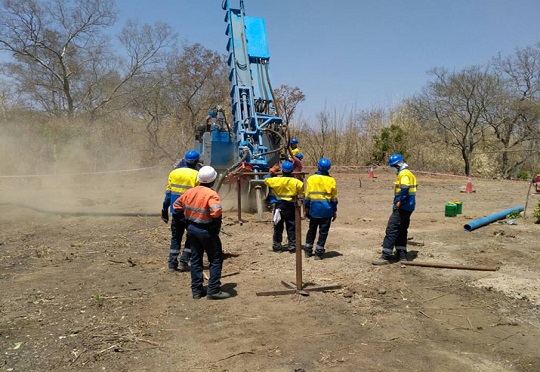 The 2018 RC Program has been designed to test the extension of the mineralization zone previously delineated by the 2017 RC Drilling Program. The results have confirmed continuous mineralisation both down dip and along strike for 3km. The mineralisation zone remains open-ended on strike and down dip.

Segun Lawson, President & CEO, stated "These results confirm management’s assessment of the prospectivity of Thor’s Douta Project and builds on our 2017 exploration success. Notably, the results are comparable with other major deposits in the region which raises the potential of a discovery emerging at a significant scale. Thor is looking forward to announcing the remaining results from the current program in July and assessing mineral resource potential.”

Gold mineralisation at Douta is considered to be controlled by the Main Transcurrent Shear Zone (MTZ), a regionally significant crustal structure.

To date, diamond and RC drilling have been used to delineate gold mineralisation at the Douta Project in Senegal. A total of 13 diamond holes for 1,531m and 24 RC drillholes for 2,000m were completed over the Makosa Prospect and 7,800m of the planned 8,000m have been completed in the 2018 RC Program over a strike length of approximately 2.2km.

The Makosa discovery is the first of several significant exploration targets to be drilled by Thor within the Douta Gold Project and further exploration is planned to refine drill targets along strike from Makosa.