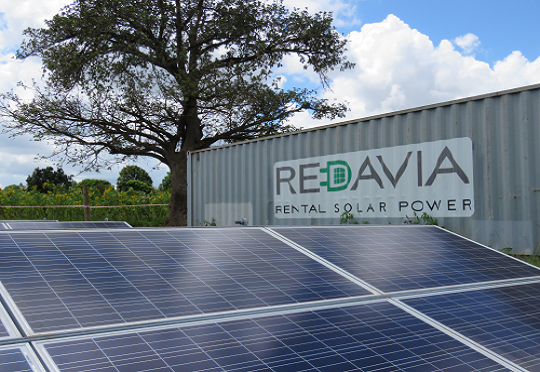 REDAVIA, a global market leader of cost-effective, reliable and clean solar power for businesses and communities, has deployed a solar farm for the Movelle Company, one of Ghana's agrofoods businesses at their site in Takoradi, Ghana.

Movelle trades a high volume of pelagic fish due to the high demand for oily fish in the West African markets. With such a large variety of frozen fish needing to be kept cold, the Movelle site in Takoradi requires a 24/7, constant supply of energy.

In order to save costs on their current electricity bill, Movelle elected REDAVIA to deploy a solar farm at its cold storage site.

After a smooth deployment and early operation period, both parties are already planning to scale up the solar farm with a second phase of 84 kWp, for a total of 174 kWp at the site.

"As both a family business and a market leader, we are delighted that the REDAVIA model enables us to balance both environmental concerns and financial viability," said Alan Osei-Assibey, CEO of the Movelle Group. "Our partnership with REDAVIA will allow us to reduce both operational costs and carbon emissions."

Erwin Spolders, CEO & founder of REDAVIA, confirms, "Solar power reduces costs, generating savings that can be reinvested into the business, while also reducing the carbon footprint of the business. It's a win-win scenario."