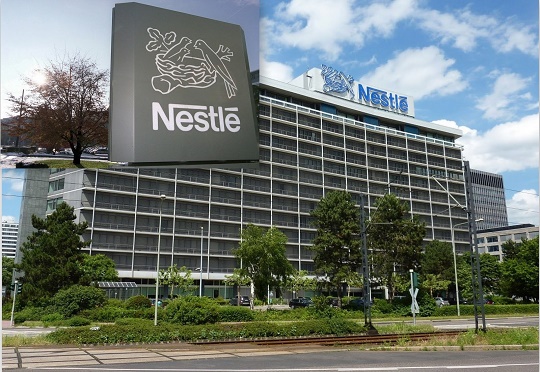 The new, enlarged region, headquartered in Johannesburg will be led by Mr. Bruno Olierhoek, formerly head of Nestlé Pakistan.

While welcoming the re-organization Mr. Bruno Olierhoek said, “The new region creates a good opportunity to enhance Nestlé’s growth in the continent as the merger helps leverage on each other’s strengths. We have an extensive industrial footprint that allows us to support business across the region. All these will ensure that we continue to deliver affordable nutrition to our consumers wherever they are.”

Njeru is a Kenyan national who holds an MBA in Strategic Management as well as a Bachelor of Science degree in International Business Administration both from the United States International University - Africa.

Njeru joined Nestlé Foods Kenya Limited in 2007 as a Regional Brand Manager in Coffee & Beverages. In 2009, Njeru moved to Eveready East Africa Limited as Head of Sales & Marketing and thereafter made a career move to Pfizer Nutrition (now Wyeth Nutrition) in 2011 as Business Unit Director where he was responsible for the Central Africa markets.

He re-joined Nestlé in 2012 through the Wyeth Nutrition business acquisition by Nestlé and later moved into the role of Regional Sales Training and Performance Development. Njeru also later acted as the Mozambique Cluster Manager in 2015.

In 2016, Njeru was promoted to Business Development Manager in Tanzania where he was instrumental in steering the recovery and performance of the business. The combination of his experience, expertise and drive makes him an ideal fit for Nestlé’s next stages of growth in line with the re-organized structure.

“Njeru will oversee Nestlé business in East Africa which is well served by the company’s factory in Nairobi, Kenya. He’s tasked to continue the legacy created by Nestlé’s leading brands in the region including Maggi, Nido, Milo, Nescafé and our range of cereals with a strong focus on our  affordable and nutritious product portfolio,” said Mr. Olierhoek.