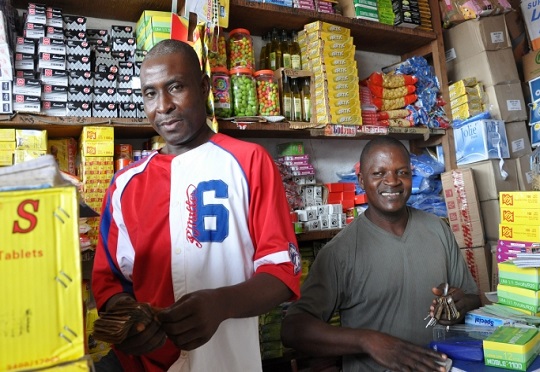 Receivables finance is an important tool that can help to close the $90 billion funding gap faced by small and medium-sized enterprises (SMEs) in Africa, Dr. Patrick Njoroge, Governor of Central Bank of Kenya said.

Dr. Njoroge was speaking during the opening of a two-day Regional Conference on Factoring and Receivables Finance organised by the African Export-Import Bank (Afreximbank) and FCI to promote the use of factoring to address the challenge of access to financing for SMEs in East Africa.

He told the audience that the funding gap could not be filled by traditional banking and described the conference as a timely initiative that would support the efforts to sustain the SME sector in Kenya and East Africa. According to the Governor, receivables finance is important for Kenya where SMEs are the backbone of the economy.

Also speaking, Kudakwashe Matereke, Afreximbank Regional Chief Operating Officer in East Africa, said that the Bank had placed a premium on the promotion of factoring as a strategic priority as it would stimulate growth in many African economies and increase intra-African trade while expanding value chains for export development.

He stated that, over the last 10 years, Afreximbank had made enormous progress in promoting factoring in Africa through mechanisms such as the launch in 2016 of the Afreximbank Factoring Model Law which was being used by some African countries as a guide to develop their own national laws on factoring.

Mr. Matereke also listed other mechanisms to include the provision of finance and guarantees, training and capacity building sessions in partnership with FCI as well as awareness-raising and strategic partnerships with FCI, the Nigerian Export-Import Bank, the Making Finance Work for Africa Partnership, the African Development Bank’s Fund for African Private Sector Assistance and the African Capacity Building Foundation.

Eric Intong, Afreximbank Senior Manager, Financial Institutions, Sovereigns and Corporates, stressed Afreximbank’s commitment to continuing to promote factoring in Africa. He said that factoring was an alternative form of finance for SMEs, highlighting the role SMEs play in economic development.

Mr. Itong urged the participants to contribute to Africa’s development by engaging in factoring activities, either as financial institutions (commercial banks) or as standalone factoring companies, and encouraged them to leverage the support provided by Afreximbank, FCI and other partners.