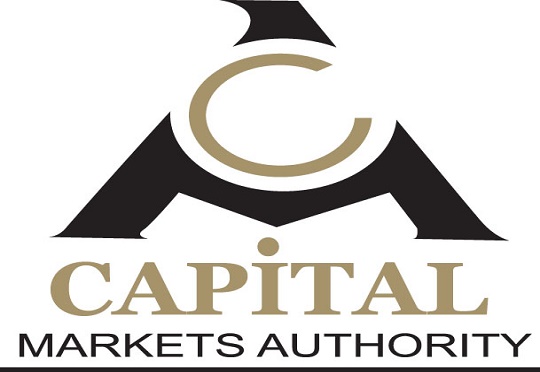 The Ad Hoc Committee of the Board of the Capital Markets Authority (CMA) on the Kenol Kobil Plc insider trading inquiry has taken administrative action against the Mr. Andre DeSimone (former CEO and Executive Director Kestrel Capital (East Africa) Ltd, Mr. Aly Khan Satchu and Mr. Kunal Kamlesh Somchand Bid (both stockbroking agents of Kestrel Capital (East Africa) Ltd) for their involvement in insider trading on Kenol Kobil Plc shares in the period before the takeover announcement was made public in October 2018.

Insider trading is an offence where a person in possession of privileged information which is material, price sensitive and non-public either:

1. trades in securities relying on that information,

2. discloses the same to another person who trades based on the information or

3. encourages someone else to trade relying on the same information for gain or to avoid a loss.

Arising from an inquiry undertaken by the Capital Markets Authority (the Authority) into the suspicion of possible insider trading on the Kenol Kobil Plc counter in the period prior to 24th October 2018, the Authority initiated enforcement proceedings by issuing Notices to Show Cause against Mr. Andre Desimone, Mr. Aly Khan Satchu and Mr. Kunal Bid (the NTSC recipients).

Thereafter, the Authority constituted an Ad Hoc Board Committee (the Committee) comprising of 4 CMA board members and 4 independent persons for the sole purpose of hearing and determining the allegations contained in the Notices to Show Cause (NTSC) on the suspicious trades in KenolKobil shares and to prescribe sanctions, if any, that were to be applied.

The Committee provided the three NTSC recipients with an opportunity to be heard in person on 10th and 11th June 2019 for the purpose of making oral submissions, highlighting their written submissions and providing any additional information for consideration by the Committee.

These hearing were convened in exercise of the NTSC recipients’ right to be heard in accordance with Section 26(8) of the Capital Markets Act and Section 4 of the Fair Administrative Actions Act.

The Committee established that Mr. Andre DeSimone disclosed price sensitive material non-public information on the Kenol Kobil transaction on the sale of the 24.99% Wells Petroleum shareholding in KenolKobil to Rubis Energie SAS (Rubis) and the impending takeover of Kenol Kobil Plc by Rubis to the two identified stockbroking agents, Mr Aly Khan Satchu and Mr. Kunal Bid, otherwise than in the proper performance of his functions.

The two stock broking agents thereafter used the insider information to deal in the price affected shares by advising and/or buying on behalf of their various clients approximately 59 million Kenol Kobil shares in the week before the takeover announcement was made on 24th October 2018, contrary to the provisions of Section 32 B (1)(a) and (b) of the Capital Markets Act.

The Committee has imposed on Mr. Andre DeSimone a financial penalty of Kshs 2,500,000 and has further disqualified him from holding office as a key officer of a public listed company and/ or issuer, licensee or in any other capacity in an approved institution of CMA for a period of one (1) year from the date of the enforcement notification.

The Committee disgorged Ksh. 4,692,497.50 being the amount received by Mr. Aly Khan Satchu as commissions from the respective trades conducted on the basis of insider information.

The Committee further disqualified Mr. Aly Khan Satchu from holding office as a key officer of a public listed company and/ or issuer, licensee, or in any other capacity in an approved institution of CMA (including a stock broking agent) for a period of three (3) years from the date of the enforcement notification.

The Committee has disgorged Kshs. 23,413,700.00 being gains earned by the trading accounts managed under discretion by Mr. Kunal Bid, which were noted to have purchase of 2,895,100 shares through Kestrel Capital and AIB Capital.

Noting the majority of the queried transactions were dealt through Kestrel Capital (EA) Ltd, Kestrel voluntarily disgorged Kshs. 9,863,767.10 being the commissions earned on the transactions executed through the two stockbroking agents, namely Mr. Bid and Mr. Satchu pursuant to a No Contest Settlement Agreement.

Kestrel voluntarily entered the settlement neither admitting nor denying liability thereby closing the insider trading investigations in respect to Kestrel as an entity.