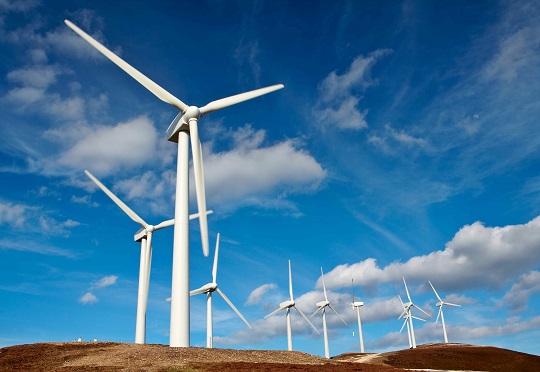 IFC and MIGA, members of the World Bank Group, signed an agreement to support the development of a 252-megawatt wind farm by Lekela in Egypt’s Red Sea governorate.

IFC will provide $84 million in financing while MIGA will offer $122 million in financial guarantees, helping to bolster the production of clean energy, lower generation costs, and diversify the country’s energy mix.

The wind farm, West Bakr Wind, located in the Gulf of Suez, is expected to produce over 1,000 gigawatt hours per year, at a tariff well below the average cost of generation in Egypt, powering more than 350,000 homes and avoiding more than 550,000 tons of carbon dioxide emissions annually.

It is part of the government’s Build, Own, Operate framework and a key pillar of targets to generate 20 percent of electricity from renewable energy sources by 2022, reducing Egypt’s reliance on natural gas.

“The West Bakr Wind project will play an important role in supporting the diversification of Egypt’s generation capacity by delivering best-in-class and competitively priced clean power in the country,” said Chris Antonopoulos, CEO of Lekela. “As our first project in Egypt, we see great opportunity with wind here, and we look forward to working in the country for years to come.”

IFC’s contribution, in the form of much needed US-dollar-based long-term financing, includes an A loan of up to $26 million and $58 million from IFC’s innovative syndications platform, the Managed Co-Lending Portfolio Program.

MIGA is providing guarantees of up to $122 million to help Lekela manage non-commercial risk. IFC and MIGA are also providing key environmental and social guidance to safeguard an important migratory bird flyway.

The project highlights the World Bank Group’s strategy in Egypt to help the government meet its renewable energy targets, and free up natural gas resources for export to generate foreign exchange.

“We are committed to supporting the government’s program in Egypt and boosting the production of clean, wind-generated electricity,” said Walid Labadi, IFC Country Manager in Egypt, Libya, and Yemen. “The Lekela wind farm will help lower the average cost of electricity generation in Egypt and boost private sector participation in this key sector, while sending a strong signal to the market about our commitment to the country’s renewable energy program.”

In addition, the project supports private sector development and financing in a key sector, building on the World Bank Group’s success with the landmark Benban Solar Park in promoting well-structured, bankable projects.

“We are delighted to continue working with investors, such as Lekela, who have deep expertise and a long-term commitment to developing renewable solutions in Africa,” said Sarvesh Suri, Director for Operations in MIGA. “This project will deliver reliable, clean energy to hundreds of thousands of domestic consumers.”

IFC and MIGA’s engagements complement the World Bank Development Policy Financing program, a new $1 billion program signed in December 2018 to support the second generation of Egypt’s reform program, which will focus on developing the private sector while enabling inclusive growth.