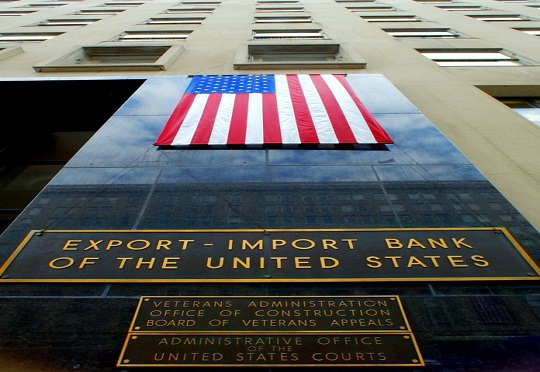 The board of directors of the Export-Import Bank of the United States (EXIM) voted unanimously to authorize a direct loan of up to $5 billion to support the export of U.S. goods and services from multiple states for development and construction of an integrated liquefied natural gas (LNG) project located on the Afungi Peninsula in northern Mozambique.

EXIM’s financing will support U.S. exports of goods and services for the engineering, procurement, and construction of the onshore LNG plant and related facilities. The transaction will support an estimated 16,400 American jobs over the five-year construction period, including jobs at suppliers in Texas, New York, Pennsylvania, Georgia, Tennessee, Florida, and the District of Columbia. Through follow-on sales, thousands of additional jobs are likely to be generated across the United States.

Through fees and interest earned, the transaction is also anticipated to generate more than $600 million in revenue for U.S. taxpayers, according to EXIM projections.

“Because of President Trump’s leadership, EXIM was fully restored in May, and our board was able to vote today following a robust evaluation process to ensure taxpayer protection to make this deal possible for American workers,” said EXIM President and Chairman Kimberly A. Reed. “Private financing was not available for this project given its size, complexity, and risk necessitating support from EXIM. We have been told that China and Russia were slated to finance this deal before our EXIM board quorum was restored by the U.S. Senate. The project now will be completed without their involvement and instead with 'Made in the USA' products and services. This is a win for our nation.”

“EXIM’s support of the Mozambique LNG project will directly support President Trump’s Prosper Africa Initiative to increase America’s trade with Africa. This transaction will enable many U.S. companies in numerous states to participate in this significant project and also support thousands of American jobs,” said Chairman Reed. “This project builds on the good work that EXIM’s team has done in supporting American small businesses, which is a key priority. Since I took office in May, EXIM has authorized 782 small business transactions valued at more than $824 million and in support of nearly 5,000 U.S. jobs.”

“In addition to supporting our U.S. workers here at home, there also is little doubt that this transaction will be transformative for the people of Mozambique. It is currently forecast that the life of project will have a net benefit of more than $60 billion, which is more than four times the current gross domestic product of Mozambique. In addition, the project is obligated to provide domestic gas, which will support the expansion of electric generation capacity and the development of other industries in the country,” Chairman Reed said.

“LNG production will be a transformational catalyst for Mozambique’s economic growth and fiscal revenues. If EXIM is not reauthorized, and the United States does not participate in the Mozambique project, other countries will renew their efforts to take our place,” said EXIM Board Member Spencer Bachus III. “Without the involvement of the United States, this project will become a debt trap for Mozambique. Environmental, labor and work conditions will be given little regard, and negative social impacts to local communities will result.”

EXIM Board Member Judith D. Pryor said, “In 2010, there were 400 million people living in African urban areas. That number is expected to reach 1.3 billion by 2050. They’re going to need power to grow their economies, fight poverty, and improve the health and well-being of their communities. Without proper storage-capacity solutions for intermittent power, gas is the best solution to pair with renewable-energy sources. With EXIM’s involvement, not only will this project adhere to high environmental and social standards, this project stands a better chance of providing the stimulus that Mozambique needs to jump-start its economy and improve the lives of its people.”

Secretary of Commerce Wilbur Ross, an ex officio member of EXIM’s board of directors, said, “With the backing of the Trump Administration, U.S. investment in Africa has taken on a new urgency. This critical project is not only a win for American companies and workers, supporting over 10,000 jobs in the United States but also for the people of Mozambique as well.”

“America’s energy companies offer the best goods and services in the world,” said U.S. Trade Representative Robert Lighthizer, also an ex officio member of the EXIM board. “I am pleased that, with this vote by the EXIM board of directors, ‘Made in the USA’ products will play an important role in the development of this important energy resource.”

The Mozambique LNG project will begin to develop the Rovuma Basin, one of the world’s most extensive untapped reserves of natural gas. The project is anticipated to have a transformative impact on Mozambique’s economy during the expected operational period of the project. EXIM’s financing will support U.S. exports to the Area 1 concession of the Mozambique LNG project, which covers approximately 10,000 square kilometers and is anticipated to supply up to 64 trillion cubic feet of gas.

The borrower is Mozambique LNG1 Financing Company Ltd., which is owned by a group of sponsors, formerly including Anadarko Petroleum Company that earlier this year was acquired by Occidental Petroleum Corporation. Occidental is expected to sell the African assets acquired to a multinational oil and gas company, Total S.A. However, the U.S. content requirement of the contract supported by EXIM will continue to apply, and the related EXIM-supported goods and services to the project will be provided by the United States.

In accordance with the agency’s charter and international commitments, EXIM closely considers the potential beneficial and adverse environmental and social effects of the projects that the agency supports. As part of this process, EXIM has maintained a link to the Mozambique LNG ESIA(link is external) on EXIM’s website since January 2016 in order to facilitate review and comment by the project’s stakeholders for consideration in the agency’s analysis and decision.

EXIM engaged in a multiyear due diligence process that involved careful review and analysis not only by EXIM’s in-house experts but also by an independent environmental and social consultant to assess the project’s compliance with the agency’s ESPG, including the requirements of the International Finance Corporation’s Environmental and Social Performance Standards.

EXIM will require the implementation of environmental and social management plans in the project’s financial documents and closely monitor the project’s performance during construction and commercial operations to ensure that these plans are effective and properly implemented. In addition, the project will be required to maintain a transparent and effective grievance mechanism to investigate and resolve allegations of noncompliance by people affected by the project and local communities.

Global demand for LNG is expected to continue to rise significantly. The LNG to be exported by the Mozambique LNG project is targeted primarily to meet the demand of Asian markets. EXIM staff also conducted a detailed economic impact analysis of the transaction and found that it likely will have a net positive impact on the economy of the United States.

The transaction supports Trump Administration’s Prosper Africa Initiative, a whole-of-government economic initiative to substantially increase two-way trade and investment between the United States and Africa. Launched in December 2018, Prosper Africa brings together the resources of more than 15 U.S. government agencies, including EXIM, to unlock opportunities to do business in Africa and advance American and African prosperity and security, support jobs, and demonstrate the superior value of transparent markets and private enterprise for driving growth.

Chairman Reed noted that EXIM is working with the agency’s Sub-Saharan Africa Advisory Committee to ensure that EXIM’s policies and procedures meet the needs of U.S. companies and their workers, and also benefit America’s trading partners in sub-Saharan Africa.

EXIM’s 2019 Sub-Saharan Africa Advisory Committee met on September 11, 2019. Following the meeting, the committee submitted a statement on EXIM’s most recent Report to the U.S. Congress on Global Export Credit Competition, which provides a comprehensive analysis of official export credit and trade-related finance provided for transactions with medium and long repayment terms by governments around the world.