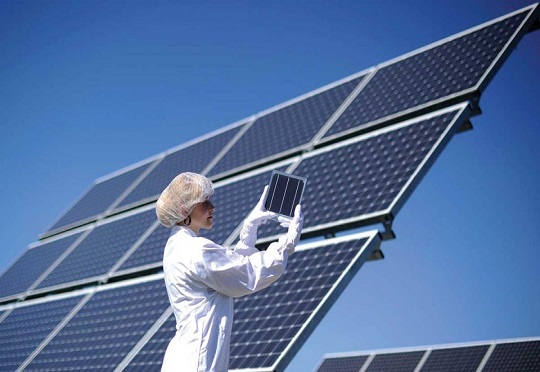 The African Renewable Energy Initiative (AREI) and the OECD hosted a two-day meeting in Paris with a focus on how the private sector can help boost renewable energy investments in Africa.

The EU co-funded this meeting, moved by the need to leverage private sector investments in sustainable energy, especially in Africa. This is a key priority for the EU’s climate action and the Africa-Europe Alliance for Sustainable Investment and Jobs.

AREI was launched at COP21 in Paris in December 2015 and formally endorsed at the African Union Summit in Addis-Ababa in January 2016 as an Africa-owned and Africa-led effort to accelerate and scale up the harnessing of the continent’s huge renewable energy potential. According to the International Renewable Energy Agency, Africa houses 40% of the world's solar potential, 32% of its wind potential and 12% of all hydropower potential.

It originally had two key aims: to achieve at least 10 GW of new and additional renewable energy generation capacity by 2020, and at least 300 GW by 2030. To support these aims, ten international partners – the EU, the G7 countries, the Netherlands and Sweden – together committed to mobilise at least $10 billion from 2015 to 2020. The EU allocation of €1.5 billion, mostly under the EFSD and the ElectriFI initiative(link is external), aimed to support new investments, adding at least 5 GW of renewable energy generation capacity by 2020.

AREI is already exceeding expectations. The 10th AREI Board meeting, held in the margins of the Climate Summit in New York in September 2019, announced that the 10 GW objective had been reached, over a year ahead of schedule. This encouraging result has come about thanks to the adoption of 200 projects, 78 of which are financed or co-financed by the EU, to the tune of €1.1 billion.

The meeting built on AREI’s impressive results so far and move it closer to its ambitious aim of establishing 300GW of additional renewable energy generation capacity in Africa by 2030.