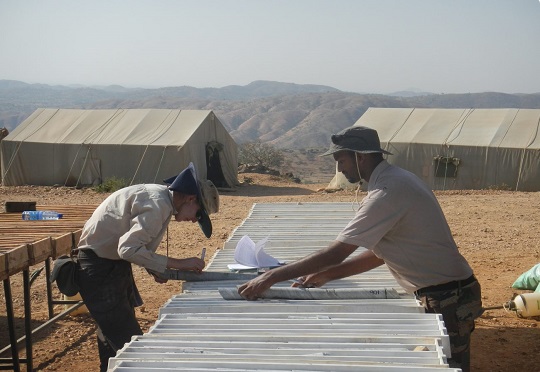 East Africa Metals Inc has filed with the Ethiopian Ministry of Mines, Petroleum, and Natural Gas, responses to comments received in relation to the Mato Bula and Da Tambuk Mining Licence Applications submitted to the Ministry in December 2017.

The Mato Bula Gold Copper and Da Tambuk Gold Projects are both part of the Company’s 100% owned Adyabo Project, located in the Tigray National Regional State of the Federal Democratic Republic of Ethiopia.

The Ministry recently completed its review of the licence applications, and following a meeting between the Company and the Ministry at the end of March 2018, submitted a list of follow-up comments to be addressed by the Company.

The comments related primarily to requests for clarification on certain technical aspects of the proposed project development. The Company has now submitted the responses to those comments to the Ministry, signifying a positive step forward in the approval process.

Andrew Lee Smith, East Africa’s C.E.O., stated, “East Africa is very pleased with the progress achieved to advance the Company’s mining licence applications for the Mato Bula and Da Tambuk projects.  The opportunity to have three permitted deposits (including the Terakimti Gold Heap Leach Project at the Company’s 70% owned Harvest Project) within a 20 kilometre footprint, in an area of well-developed air, road, and power infrastructure offers exceptional potential for project development."