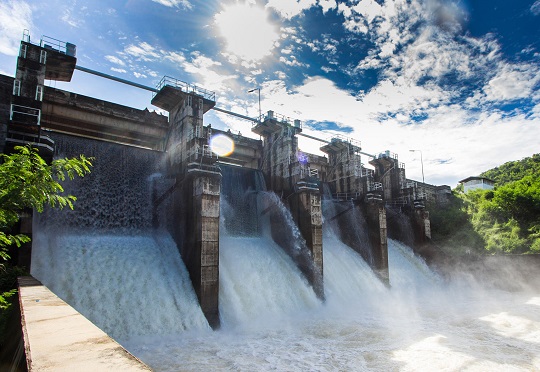 IFC, a member of the World Bank Group, in partnership with the Government of Cameroon, and EDF have signed a set of agreements that will lead to the construction of the Nachtigal hydroelectric plant.

The project is a 420-MW run-of-the-river plant that will increase Cameroon’s power generation capacity by 30 percent. It has benefited from engagement of the World Bank and Multilateral Investment Guarantee Agency (MIGA) and was developed through IFC InfraVentures, an infrastructure project development fund. IFC is the global coordinator of the financing package.

IFC will directly invest €60 million in equity, lend up to €110 million for its own account, and mobilize an additional €806 million from 11 development finance institutions and four commercial banks.

French utility company EDF and Cameroon will also invest equity. The total project cost is €1.2 billion. The International Bank for Reconstruction and Development (IBRD) and MIGA are providing guarantees for a total of €257 million and €192 million, respectively.

The Nachtigal hydropower plant is due to be commissioned in 2023 and will create up to 1,500 direct jobs during peak construction, of which 65 percent will be locally sourced. It will be located on the Sanaga river near the Nachtigal Falls, 65 km north-east of Yaoundé.

Sérgio Pimenta, IFC’s Vice-President for the Middle East and Africa, said “Nachtigal is a landmark project for Cameroon that has benefited from IFC’s ability to collaborate with the other World Bank Group institutions, the IBRD and MIGA. Nachtigal will increase Cameroon’s electricity generation capacity by 30 percent through clean and affordable energy. It is an example of how IFC is creating markets that can transform the lives of millions.”

IFC’s engagement in Cameroon’s power sector spans two decades. IFC participated in the financing of the Dibamba and Kribi power plants, commissioned in 2009 and 2013 respectively, and supported the privatization of the national distribution company by providing advisory services and arranging a €250 million syndicated loan.