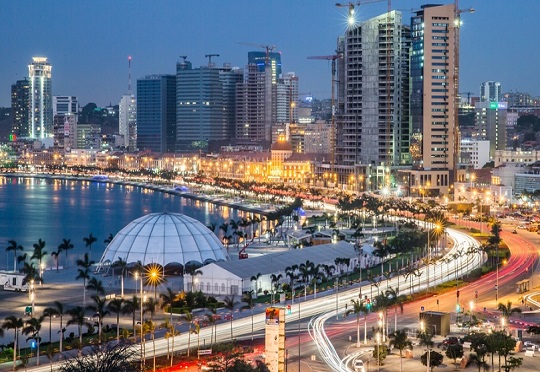 Angola enjoyed some of the fastest growth on the African continent during the past decades, but its economic success relied almost exclusively on oil, which accounts for 93% of total merchandise exports. So when oil prices crashed in 2014 growth fell below 1%, and government revenue followed in its wake.

As the country looks to diversify its economy the government has set its sights on sectors that could be friendlier to the environment and create more jobs for disadvantaged parts of society, such as the coffee and fisheries industries.

The workshop is the first step in the process of coming up with a national strategy for building competitive “green” economic sectors in Angola, which will be defined in the National Green Export Review.

“The dynamic sectors of the green economy can make important contributions to the attainment of national development objectives related to economic diversification, poverty reduction, rural development, job creation and an overall improvement of social welfare," he added.

The Angola National Green Export Review is one of the strategic components of a four-year, €5.5 million project funded by the European Union – the EU-UNCTAD Joint Programme of Support for Angola: Train for Trade II.

The EU’s ambassador to Angola, Tomás Ulicný, echoed the minister’s remarks, recalling that "export growth is a clear priority in the current context of Angola, and green sectors emerge among the most promising and with the greatest potential".

“The strengthening of national capacity is indispensable in the long process of diversification of the economy. It is therefore essential to acquire solid knowledge on these issues. No doubt, the Train for Trade II programme will provide this opportunity,” Mr. Ulicný said.

Angola’s secretary of state, Amadeu Nunes, and its director of international cooperation, Rui Livramento, also attended the opening of the workshop.

So far, reviews have been completed for Ecuador, Ethiopia, Morocco and Vanuatu. In addition to Angola, reviews are currently underway for Lebanon, Madagascar, Moldova, Oman and Senegal.

"UNCTAD doesn’t promote trade for trade's sake. We promote trade because we know that, when done right, it can improve lives and promote production processes that are better for the environment. That’s what the Green Export Review is all about," said UNCTAD economist Henrique Pacini, who is part of the team leading the training in Luanda.