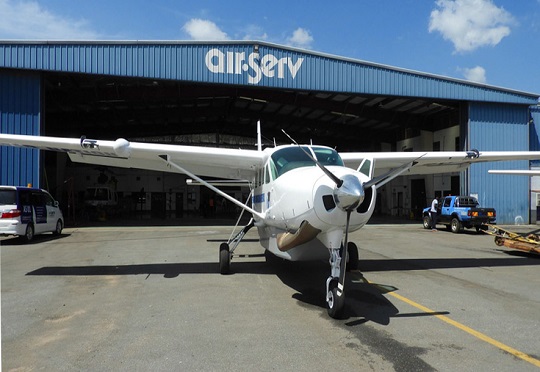 Air Serv is expanding operations in eastern Africa with the deployment of two aircraft to Sudan and South Sudan.

Two Cessna Grand Caravans have departed Entebbe, destined for Juba, South Sudan and Darfur, Sudan respectively. These will be the second and third Air Serv aircraft to be based in the region, joining a plane based in Wau earlier this year.

The two countries have experienced political and economic instability, violence, drought, famine, and tribal warfare over the past two decades, resulting in a population of over five million refugees and internally displaced people.

The Darfur-based aircraft will support programs providing shelter, food, and medical services to these communities.

In a separate mission, the Juba-based aircraft will be supporting medical response programs. An Ebola outbreak, which now has a death toll quickly nearing 2,000 in bordering Democratic Republic of the Congo, was confirmed last month to have penetrated the city of Goma, a major transit point.

The neighboring country of Uganda remains free of the virus, although the deaths of three infected people who crossed the border on foot were confirmed in June.

As one of only two aircraft in Juba dedicated to this mission and the only fixed wing airplane, the Caravan will be critically positioned to respond should the epidemic continue to spread.

Air Serv crews and staff are working with the World Health Organization to learn proper handling of patients and transport procedures, making the company one of the only air operators specifically trained and experienced in Ebola response in the region.

Economy must be private sector-driven for economic growth, development - Obi