62% of Ghanaians will vote for Mahama if elections were held today, poll reveals

If elections were to be held today, former President John Mahama would have garnered the most votes, according to results of the second wave of the Ghana Election Poll which ran online from July 1 to August 1, 2020, via the renowned market research firm MSI-ACI.

33% of qualified Ghanaian adult voters out of the weighted sample of 2,055 would vote for President Nana Addo Dankwa Akufo-Addo while 62% would vote for the John Dramani Mahama. Five percent of the respondents would vote for “other candidates”. 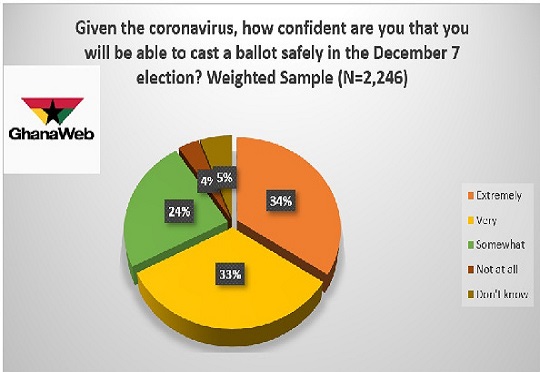 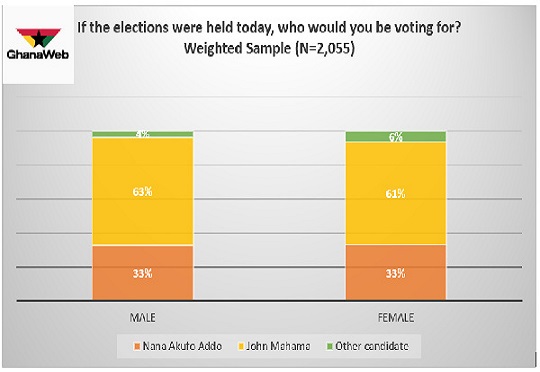 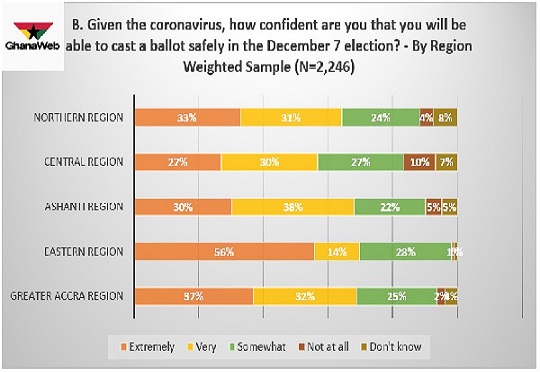 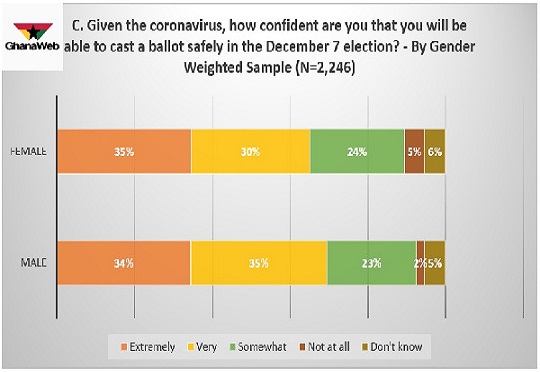 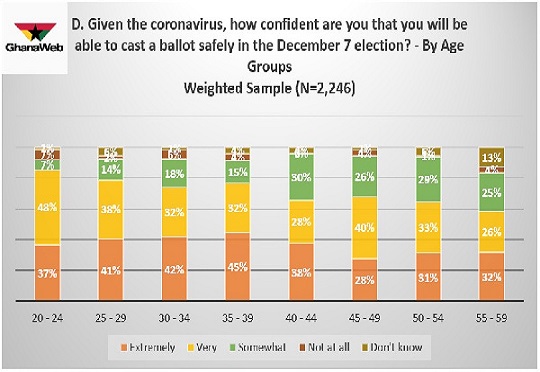 The second wave of the scientific poll had a three-fold increase in participants as compared to the first wave which recorded 792 responses. Over 90 percent of the respondents were living in Ghana and the rest were living in countries including South Africa, Ethiopia, Botswana and Egypt.

Results for the full sample have a margin of sampling error (with finite population correction) of plus or minus 2.162%. A representative sample of the Ghanaian population of 28,956,587 - population projection as stated on page 6 of the Ghana Living Standards Survey (GLSS 7) - was achieved by weighting (matching) the data according to age and gender demographics of the 2010 population and housing census and the GLSS 7.

The Ghana Election Poll is powered by GhanaWeb and the Africa Consumer Panel which is a cooperation between the digital publisher Africa Business Communities and renowned market research firm MSI-ACI.

The online poll is conducted every month and the results are published at the beginning of every other month on GhanaWeb.com. It is devoid of spam as the respondents can take the survey only once. The MSI-ACI platform that hosts the survey records the device on which the respondent takes the poll and does not allow for a second attempt from the same device.

The Ghana Election Poll is different from the open-access poll which is running on GhanaWeb. The latter allows participants to self-select into participation and its results cannot be generalized because it is a representative of only the participants of the poll.