[Africa CEO Forum] Simon Bere: African Banks Need a Higher Risk Tolerance to make it to the Next Level 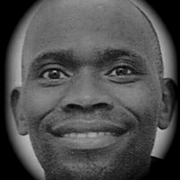 Banks are a critical component of the economic development of companies, nations and continents. These institutions have traditionally been the primary vehicles for the safe and efficient flow and exchange of money within and across local and global economies. Banks are also an important source of investment for companies through their capacity to mobilize financial resources and offer them in the form of loans. Finally, banks are used for the safe storage of cash by individuals and companies. This means that healthy financial systems are critical to Africa’s economic development.

So are Africa’s banks ready for Africa’s future?

Well let’s start by dissecting what is Africa’s future. Despite the tendency for Africans to pay disproportionate attention to its past, giving the impression that the past is more important to Africa than its future, the reality of Africa’s future is not in doubt.

For one thing, the whole world has rapidly evolved from being a planet of small discrete communities separated by physical and geographical boundaries into one large global family united by efficient transport and communication systems. Gone are the days when a community in one part of the world would claim that what happens to another community thousands of kilometers, or even a few hundred kilometers away, would not affect them.

A good part of Africa still defines the future in terms of clock time, measuring it in terms of years. Developed economies are running on a created future model, where the future is a desired state which is controlled through a combination of deliberate conscious decisions and human creativity converted into innovation.

For most developed nations, the future is simply a radically different state of affairs which can be achieved as rapidly as people are able to create the future and then take the action necessary to manifest it in reality. The implication is that Africa has a choice of creating its own future or it will be a forced beneficiary of the future that is created outside Africa.

This leads to a second question; to what extent are African Banks playing a role in creating Africa’s future?

It is important to observe that the African banks fall into two categories. The first category is that of foreign controlled banks most of which are headquartered in the North and came to Africa as a global expansion agenda. In cases familiar to the author, these foreign banks have dominated the financial markets. They have robust track records in the financial sectors and have robust systems which make them formidable players in the sector. Because of their global presence, most of these banks have the strategic firepower to withstand temporary economic difficulties and weather the storms.

The second crop of banks are locally owned, most of which are a post-independence phenomenon propelled by indigenization drives by the post-independence African governments. The majority of these banks lack the track record, the strategic capacity and the robustness enjoyed by their foreign controlled counterparts. Therefore, when talking about whether or not African banks are ready for Africa’s future, this dichotomy of banks must be taken into account as it influences the direction of debate and the judgment.

The question is; do we include foreign banks operating in Africa as part of African banks or do we restrict ourselves to locally formed, locally owned banks?

The degree to which Africa’s banks are ready for Africa’s future is an interesting case. First, I have suggested that human and economic futures are created through deliberate effort.  This means that the degree to which a continent can create its future depends on the capacity of the continent to create the future through conscious direction of mental resources rather than just the exploitation of, and trade in, natural resources.

Failing to create one’s own future, a continent must be very alert to what is being created by other continents and use this to create its own destiny. There is no third way for creating a future. This leads to two related questions regarding African Banks.

In relation to the first question, it can be argued that African banks are playing a significant role, but could still do more to support Africa create its own future. The challenge in this case is that banks by nature operate within very controlled parameters of doing business. In this case, banks are traditional conservative institutions whose developed instincts are those of risk elimination rather than opportunity seeking and converting opportunities into value. Excessive risk aversion is exactly the opposite of what is required to create a better future.

The capacity for creating a better future is directly related to the capacity to tolerate risk and going forward even if there is no foolproof guarantee of a desired outcome. Many potential ventures that could create major economic revolutions in Africa are often murdered due to lack of finance because they could not escape the risk elimination rigours of banks.  This means that banks have been great catalysts in economic development, but they can still do more if they are willing to change their investment models which are counterrevolutionary to entrepreneurial success.

In relation to the second question, perhaps one of the major weaknesses of African Banks has been their slowness to adapt to innovation.  African banks have often responded skeptically to new opportunities and developments that have an impact on their operations.

A case in point is the excessive faith in the brick and mortar, face to face transactions banking model (The BMFFT Model).  When banks in the Americas including Canada, Europe and Asia were preparing for, and adopting full scale e-commerce and mobile and digital online banking, many African banks kept their faith in their MBFFT model.

When visionary entrepreneurs were setting up mobile telephone companies in Africa, many traditional banks did not clearly see the opportunities and threats the mobile phone would bring to their operations. Many local banks did not see the mobile banking future approaching and if some saw it, they did not respond well enough to evade the threats and seize the opportunities.

Africa’s future includes a continued and increasingly rapid digitalization of markets and marketing. What the ICT revolution has done is disrupt the traditional banking models and shifted centers of transactional power from the traditional banks to ICT companies and especially mobile telecommunications entities.

This trend is making the BMFFT banking a bonus to have and not a prerequisite and many banks may struggle to see or accept this trend, much to their demise. What mobile telephone has demonstrated is that most of the prejudices and beliefs used to guide decisions in the financial world are probably misinforming.

Many people wondered how on earth mobile telephony would be a success in Africa given the low incomes that prevail in many countries. Yet today, mobile telecommunications is probably the only technology that has the fastest penetration rate in Africa. Mobile companies have seized the initiative and have actually become a serious threat to traditional banking that many African banks seem to still hang on to and defend.

Regarding the ability to compete in the global markets, it is an entrepreneurial matter more than anything else. Given that collapse of boundaries made possible by the digital revolution, it may not even be important for African banks to migrate physically and set up brick and mortar structures in other continents for them to operate globally.

At the same time, African banks have the potential to offer strong competition to foreign banks operating in Africa. They can harness cultural capital as well as better exploitation of the digital markets.

In conclusion, the potential for African Banks to play a greater role in Africa’s economic development and compete on the global markets is not in question. What is questionable is whether the banks are ready or are getting ready to remain relevant and increase their role. Readiness and preparedness requires a major shift in their models and view of banking, their roles in economic development in the wake of the ICT and the digital revolution.