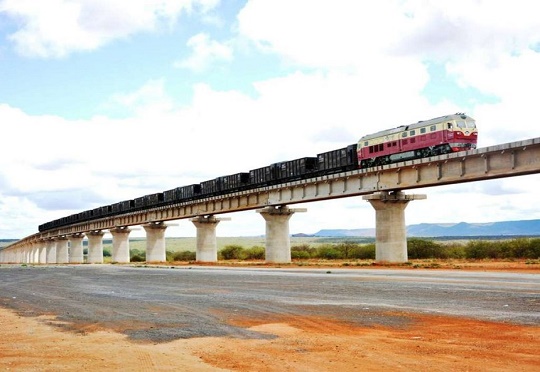 As one of East Africa’s big brothers in economic growth and development, Kenya has this week continued to attract praise and investment with its landmark investments delivering impressive payoffs.

The country’s progress in the construction of the flagship infrastructure project Standard Gauge Railway (SGR) has earned praise from regional Heads of State who now want Uganda, Rwanda and South Sudan to follow suit. They were impressed by Kenya’s commitment to the implementation of a modern railway network having completed and launched the first phase of the SGR from Mombasa to Nairobi and gone a step further to initiate the second phase from Nairobi to Naivasha. Tanzania has also been in the process of constructing its own railway as competition to entice investors heats up.

In matters foreign direct investment, Cytonn Investments, an alternative investment management firm in the East African Region, with a focus on real estate, financial services, education and hospitality, has secured an additional Sh2.1 billion, approximately $21 million, in funding from their institutional partners, Taaleri of Finland. The two firms have been strategic in their investments eyeing the lucrative real estate sector with Taaleri having previously invested $40 million in the Kenyan property market.

Cytonn Investments on the other hand has spent $1 million to acquire 25 per cent shareholding in real estate farm, Superior Homes Kenya.

In matters agriculture and climate change, he World Bank has this week approved a $200 million International Development Association credit to assist Kenya in managing the impacts of climate and disaster risks. The multilateral bank has previously invested $250 million for smart agriculture project in Kenya and $87 million to support the Government of Mozambique’s efforts to develop a climate change-resilient economy. This, as it continues implementing a $16bn strategy designed to help Africa adapt to climate change and prevent millions of people from sliding into poverty.

The International Fund for Agricultural Development, IFAD, on the other hand has signed an agreement with the government to boost the aquaculture sector and benefit more than 35,000 households who rely on the sector for livelihood. This comes weeks after the IFAD vice president visited the country and announced a raft of programmes meant to reduce poverty and food insecurity through various interventions, including financial services to smallholder farmers and support for various value chains.

And Kenyan women continue shattering the glass ceiling. The CEO of Melvin Marsh International Limited and the chairlady of the Kenya Association of Manufacturers Flora Mutahi has been appointed to the board of the United Nations Global Compact. She is among seven new board members appointed by the UN Secretary-General António Guterres. Flora has been vocal about pertinent issues affecting Kenya and Africa region including illicit trade, plastic waste, declining retail sector and widening rich-poor gap.