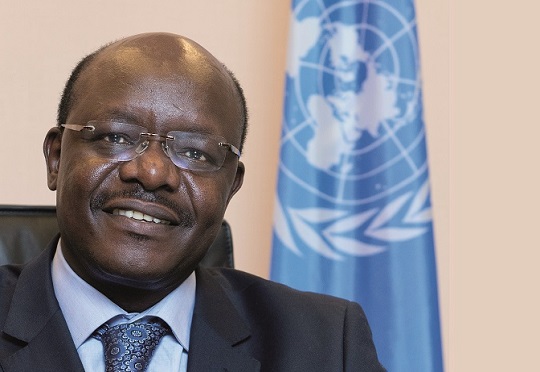 The stagnating FDI trend of the past decade can be ascribed to a range of factors.

First, the nature of FDI flows is changing. The adoption of digital technologies in global supply chains is causing a shift towards intangibles and increasingly asset-light forms of international production, which is also visible in a slowdown in global value chains. This has important implications for developing countries, which rely on investment in physical productive assets and on participation in global value chains for their development.

Second, there has been a significant decline in rates of return on FDI. The global rate of return on inward FDI dropped below 7% in 2017, a decrease of almost two points compared to a decade ago. Although rates of return remain higher on average in developing and transition economies, most regions have not escaped this erosion.

This troubling global investment picture is a long-term concern for policymakers worldwide. At the United Nations, we recognise the gravity of this issue as investment is central for sustainable development and inclusive growth. The UN Conference on Trade and Development estimates the investment gap to achieve the Sustainable Development Goals at $2.5 trillion per year in developing countries alone.

We need to mobilise more investment and channel it to where it can contribute most to sustainable development. UNCTAD plays a central role, through its policy frameworks, intergovernmental consensus building and technical assistance, which work as a point of reference and a common structure for debate and cooperation on national and international policies to channel investment to the SDGs.

Tangible results in making investment work for sustainable development show promise. More than 150 countries have used UNCTAD policy frameworks in their national and international investment policymaking. New IIAs concluded in the past few years almost all contain the key elements of UNCTAD’s Reform Package for the International Investment Regime. UNCTAD’s investor portals are now present in 35 developing countries and its inventory of investment facilitation tools on the global enterprise registration portal has provided a baseline for ongoing international debate on the topic.

Major challenges remain, however, both at the international and national levels. In the international policy environment, IIA reform now needs to tackle the vast numbers of older treaties dating from before the reform process took hold. The stock of old-generation treaties is 10 times larger than the number of modern, reform-oriented treaties. In national policy environments, greater efforts need to be made to channel investment into SDG sectors and contribute more to sustainable development.

The G7 summit provides an opportunity for global leaders to renew their commitment to a conducive global policy environment for investment in sustainable development. To achieve prosperity goals, continued access to investment in productive capacity is needed to help developing countries, especially the least-developed countries, climb the development ladder.

In addition, a conducive climate for investment is a precondition to boost financing flows to key SDG sectors including infrastructure, renewable energy, food security, water and sanitation, and others. Our latest research reveals that international investment flows in these sectors have not shown a significant upward trend since 2015, when the SDGs were launched. That worrying fact merits the attention of G7 leaders.

Mukhisa Kituyi is the Secretary-General of United Nations Conference on Trade and Development, UNCTAD