Financially it seems that Brexit has created the possibility of some form of economic changes in Africa. The African Union (AU) leaders have met to analyse the impact of this event and of course look at ways toward an even bigger continental integration of the continent and ways to benefit from this momentous event.  This would be from both parties, the EU and the UK.

The issues facing Africa’s growth and recovery during this time are hugely influenced by the slowing down of China's economy (without a doubt the main bilateral trading party).  Then we can see the US Fed raising interest rates and borrowing options become less favourable, the drought and El Nino and then finally prices of Africa’s main exports - mining, metals and oil have fallen with low demand and plenty supply.

So this definitely gives rise to rethinking policies and new strategies and approaches for 2016 and beyond.

So for South Africa, and the rest of Africa, but particularly SA, even with our politician’s having a short-term calendar because of elections,  we need macro-economic management and keep on course for medium to long term policy management.  Starting with:

A.) Spending internal money through investments

B.) And in growing human capital and localised business

Trade with the Trans-Pacific Partnership (TPP) agreements from 2015 with countries which include the United States, Japan, Canada, Mexico, Australia, Vietnam, Malaysia, and Chile needs to be a key focus of leaders now.

Of course, the United States is constantly engaged with negotiations of trade with the European Union and as this will cover about 55 to 60 percent of global GDP – so as Africa is not involved here will the US share this with Africa and can this work. Or will Africa be ignored and be confined to a shrinking share of international trade and lose the appeal as a destination for investment?  This is a big danger. 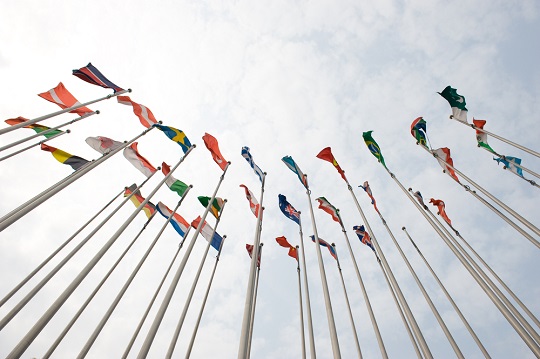 The attraction for the EU and the UK independently, however, lies in the fact that the Africa Union has committed to completing the African economies integration plan by 2017, which will result in 54 African countries representing more than a billion people and between R42 and R45 trillion Rands in GDP.  So we could see an intra-Africa trade bouncing back by more than 50% within the next 5 to 6 years.  Why would the EU and the UK not want a slice of that action?

In favour of the African Union, we know that EU has way more financial resources than the AU and that the AU’s budget amounts to about 1 percent of the EU’s, however, even though the AU does not have the money they have a population of over a 1,050 million people—double that of the EU.

Africa has a young and dynamic workforce, with the average age of 20 making up 20% of the region’s total population – that needs harvesting!

Chris Green is a financial financial entrepreneur and a forerunner with Mortgage Origination in South Africa.