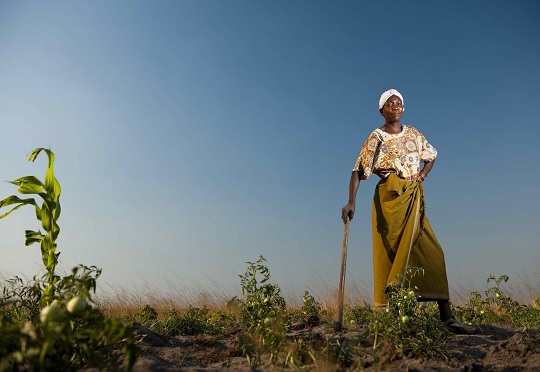 A record 45 million people across the 16-nation Southern African Development Community (SADC) will be severely food insecure in the next six months, United Nations food agencies have warned.

The Food and Agriculture Organization (FAO), the International Fund for Agricultural Development (IFAD) and the World Food Programme (WFP) are calling for urgent funding to avert a major hunger crisis and for the international community to step up investment in long-term measures to combat the impact of climate shocks and build the capacity of communities and countries to withstand them.

“We’ve had the worst drought in 35 years in central and western areas during the growing season,” said Margaret Malu, WFP’s acting Regional Director for Southern Africa. “We must meet the pressing emergency food and nutrition needs of millions of people, but also invest in building the resilience of those threatened by ever more frequent and severe droughts, floods and storms.”

While southern Africa has experienced normal rainfall in just one of the last five growing seasons, persistent drought, back-to-back cyclones and flooding have wreaked havoc on harvests in a region overly dependent on rain-fed, smallholder agriculture.

The growing hunger crisis, affecting urban as well as rural communities, is being aggravated by rising food prices, large-scale livestock losses and mounting joblessness. It is also worsening levels of acute malnutrition in particularly at-risk communities.

The UN food agencies are escalating their responses across the nine countries, planning to assist more than 11 million people by mid-2020. In addition to addressing urgent food and nutrition needs, they will help smallholder farmers boost production and reduce losses, manage precious soil and water resources in a sustainable way and embrace climate-smart agricultural practices, better access to inputs, credit and markets, and spearhead vaccination campaigns to contain livestock disease.

“Late rains, extended dry periods, two major cyclones and economic challenges have proved a recipe for disaster for food security and livelihoods across Southern Africa,” said Alain Onibon, FAO’s Sub-Regional Coordinator for Southern Africa.  “As it could take many farming communities at least two to three growing seasons to return to normal production, immediate support is vital.  Now is the time to scale up agricultural emergency response. We need to ensure farmers and agropastoralists take advantage of the forecasted good rains, assuming they happen, as this will be crucial in helping them rebuild their livelihoods.”

Southern Africa’s temperatures are rising at twice the global average according to the International Panel on Climate Change, and the region includes six of the nine African countries set to be hardest hit by adverse weather in coming years: DR Congo, Malawi, Mozambique, Tanzania, Zambia and Zimbabwe.

“With the region so prone to shocks and afflicted by high rates of chronic hunger, inequality and structural poverty, climate change is an existential emergency which must be tackled with the utmost urgency”, said Robson Mutandi, IFAD Director for the Southern Africa Hub. “Governments have the biggest role to play, but we must all step up because it affects each and every one of us.”

Bridging humanitarian action and longer-term development is crucial to overcoming recurrent crises and tackling the root causes of poverty and food insecurity. With sustainable sources of funding, communities and countries can build their resilience to future shocks.