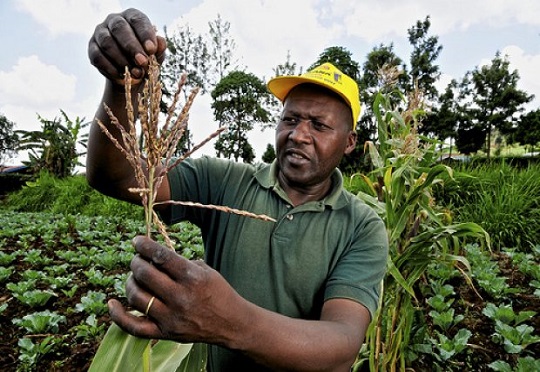 The Government of Mozambique and the International Fund for Agricultural Development (IFAD) officially launched the Inclusive Agri-Food Value Chain Development Programme (PROCAVA) to improve rural livelihoods, food security and resilience – are all critical needs in view of pandemic and climate change impacts for the country’s most vulnerable people.

These efforts are also key to enabling Mozambique to achieve the Sustainable Development Goals, including no poverty, zero hunger and gender equality (SDGs 1, 2 and 5), given that 70 per cent of Mozambique’s population lives in rural areas, and more than 80 per cent of them work in agriculture.

Government officials, the programme implementation team, IFAD staff and programme beneficiaries came together to make strategic plans for implementing the project. In light of the challenges facing rural people, PROCAVA aims to increase incomes, improve food security, boost the nutritional status and build the resilience of at least 902,500 small-scale farmers in 75 districts across the 10 provinces across the country.

“This programme comes at the right time, because climate change effects on the agriculture sector are very evident, for example last year when tropical cyclones Idai and Kenneth hit the country,” said Robson Mutandi, IFAD Country Director for Mozambique. “The combination of droughts, floods and cyclones as well as the current COVID-19 pandemic have worsened the county’s fragility and the plight of ordinary people. Small-scale farmers need our help now, and so IFAD is working with the Government of Mozambique to help them recover and rebuild.”

PROCAVA is a ten-year programme that builds on the success of the previous IFAD-supported project for Pro-Poor Value Chain Development in the Maputo and Limpopo Corridors. With total funding of US$72.5 million, IFAD is providing an $8.4 million loan and a $33.6 million grant for the new project. In addition, the Government of Mozambique is providing $4.9 million, with a further $5.6 million contributed by beneficiaries themselves.  Other development partners are participating with significant cofinancing.

“By bringing together in the same room all PROCAVA staff and representatives from the Agricultural Development Fund (FDA), Ministry of Agriculture and Rural Development (MADER), Ministry of Economy and Finance (MEF) and Administrative Court, the start-up workshop has laid the foundations for a smooth implementation of the programme,” said Eusebio Tumitikile, Director of FDA - Mozambique, the Lead Agency of the Programme.

Since 1983, IFAD has invested more than US$386.47 million in 15 rural development programmes and projects in Mozambique worth a total of almost $585 million. These interventions have directly benefited 2,391,789 rural families.

But farmers could be benefitting from improved incomes from high-value buyers if they had better market links and access ...read full column here

With operations in every corner of the world, they produce as much as $1.5 trillion worth of food, fuel and timber every year ...read full column here

Claudia Castellanos is the Co-Founder and CEO of Black Mamba, an Eswatini-based brand that manufactures and distributes specialty food products such as chilli sauces, pestos, chutneys and jams among others … read full interview here.