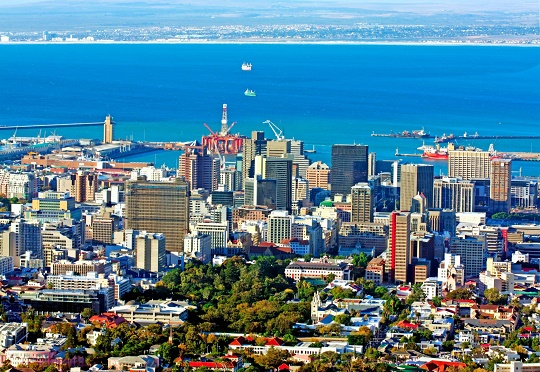 South Africa ranked as one of the ten most Muslim-friendly travel destinations among non-Organisation of Islamic Cooperation (OIC) countries, as ranked in the annual Mastercard-Crescent Rating Global Muslim Travel Index (GMTI) 2018.

In Africa, South Africa is the top non-OIC destination for Muslim travelers and seventh among non-OIC countries. This reflects the continued success of the South African tourism industry in attracting a rapidly growing segment of the global travel market that accounts for 131 million arrivals a year.

The Mastercard-CrescentRating GMTI is an insights-driven data study of the Halal travel market which looks at 130 destinations. GMTI enables destinations, travel services and investors to track the growth of this segment and benchmark their progress in reaching out to Muslim travellers.

“The CrescentRating Index once again confirms that the fast-growing Muslim travel segment is an exciting opportunity for South African tourism and that the country remains a favoured destination among Muslim travellers,” says Mark Elliott, Division President, Southern Africa, Mastercard.
“Given the strategic importance of the tourism industry to our economy, tourism operators and authorities should be looking at ways to expand market share in this vibrant segment.”

Key metric criteria in the 2018 CrescentRating Index included access to infrastructure; communications and how destinations market themselves to this target audience; the environment; and services. Each criterion is weighted to make up the overall Index score.

Malaysia retained top spot in the overall rankings, while Indonesia moved up to joint-second with the United Arab Emirates (UAE). Singapore retained pole position for the non-OIC destination markets. Malaysia also achieved an Index score of 80.6, followed by UAE and Indonesia at 72.8. Singapore, which was the highest scoring non-OIC destination, scored 66.2. By comparison, South Africa achieved a score of 47.7.

Despite its status as Africa’s leading non-OIC destination for Muslim travellers, South Africa’s slight drop in the rankings indicates that local tourism companies and authorities cannot afford to be complacent in the face of competition from other countries for this valuable market – especially from markets across Africa that are becoming as attractive to this audience.

“South African tourism was dealt a blow by the drought in the Western Cape, which together with a stronger rand towards the end of the year, contributed to slow growth in visitor arrivals in 2017. These factors likely also affected Muslim visitor arrivals as much as they did other travel segments. There are opportunities for cities across South Africa to appeal to this discerning audience given the diverse experiences available to both business and leisure travellers,” says Elliott.