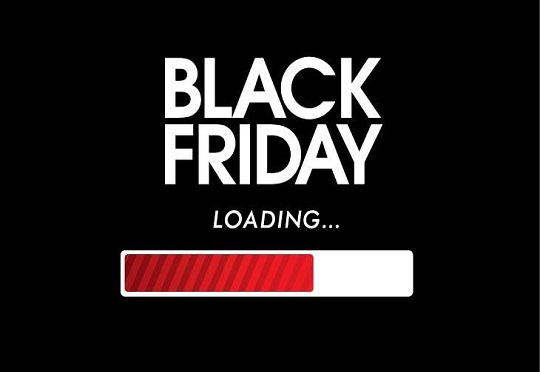 In the last five years, interest in the Black Friday phenomenon in South Africa has jumped by 9,900% in South Africa, according to retail tracker Black Friday Global, compared to global growth or 117% during the same period, as retailers have adapted their trading strategies about the years to include a discount push on Black Friday.

Ethel Nyembe, Standard Bank's Head of Card Issuing in South Africa, says: "While most consumers have been forced to tighten their belts due to the tough economic environment, they are still showing spending resilience when they see value."

Black Friday is known to be one of the biggest one-day shopping events on the retail calendar. While many retailers have chosen to extend their value deals over a few days before and after the traditional Black Friday trading date, there are still impressive rates of spending growth on the day as consumers seek value for their Rands.

Standard Bank customers did most of their shopping on Black Friday, while still seeing value in the days before and after 29 November 2019, with increased spending evident in this time. Nyembe says: “Yes, there has been an increase in volume and value spent over this time when compared to the corresponding period last year. Online purchases have also seen very healthy volume increases. "

Total card transactions for Black Friday 2019 increased by 13% compared to the same period last year, the average value of transactions rose by 12%. While there were numerous individuals who took advantage of specials, and swiped their cards for as little as R1, the most expensive card transaction on the day amounted to R650,000.

Following similar patterns to last year, consumers chose to spend their money and take advantage of Black Friday value at food retailers, followed by electronic and other consumable retailers and clothing stores.

Standard Bank's female customers spent slightly more than our male customers this year, following a similar trend when compared to the comparative period. The biggest spenders on the day were customers aged between 24 and 36 years old, followed by 36 to 48-year-old customers. These two categories of customers accounted for more than half the spend on Black Friday. A trend that is replicated globally.

“Interestingly customers are really starting to see and feel the convenience and security offered by Tap and Go facilities. Our customers who were using their Tap and Go functionality on their cards increased markedly, with the value of purchases increasing by more than 150% when compared to the same time last year, ”says Nyembe.

"Shopping events like Black Friday and Cyber Monday provide us with rich data, which helps us better serve our clients. By collecting and interpreting this data, we are able to develop better products and services to make our customers' experience with us as seamless as possible, "concludes Nyembe.