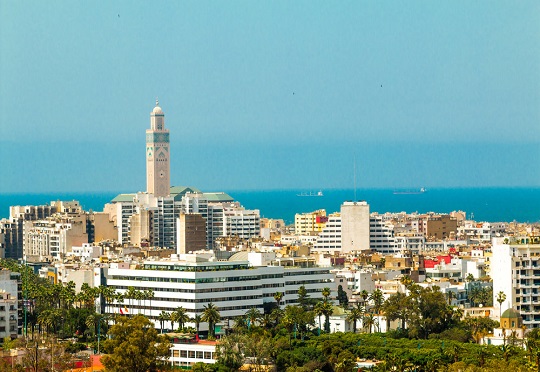 Casablanca’s commercial sector showed signs of improvement in the first half of the year in 2018, reveals real estate management company JLL in its Casablanca half year Real Estate Overview Report.

The positive sentiment in the market was strengthened by the successful capital raising by Immorente Invest (the first and unique investment company established in the form of a REIT) that raised 400 Million Moroccan Dirhams to fund further investments.

According to the report, a few commercial buildings were completed in the first half of 2018, increasing the total office supply to about 1.74 million sq m of Gross Leasable Area (GLA).

The average rents have slightly increased over the first half of the year, while vacancies in prime office buildings and integrated office parks have remained low. The report also predicts sales and transactions to grow in the commercial sector with a particular focus on income generating assets.

Tenants from the commercial sector continue to report a shortage of quality office space, resulting in an increase in demand for high-quality office space in Casablanca. This trend becomes evident as employees increasingly seek to improve the welfare and performance of their employees” said Craig Plumb, Head of Research for MENA at JLL.

“Additional office premises are expected to enter the market before the end of 2018, bringing the total stock to 1.76 million square meter. Notable projects currently under construction include Horizon Business Centre, CCF Office Building and Green works Centre. If construction remains in line with the projected time of delivery, total office GLA will reach 1.86 million sq. m by the end of 2020,” he added.

The retail sector witnessed a slight increase in supply with the completion of a commercial gallery of 5,000 sq m of GLA. The average rent for new leases in the prime malls have remained stable over the first half of 2018 while rents across street retail stores increased by 9% compared to the same period last year.

The overall performance of the hotel market improved slightly over the first half of 2018 compared to the same period last year. The positive performance of the market in 2018 reflects a number of new promotion programs for both leisure and business travellers, increasing the number of visitors to the city.

With the Moroccan National Tourism Board commencing a new office in China, there has been an increase in Chinese tourists and in turn this model, once replicated in India, will see a positive influx of visitors from India with similar trends.

The Industrial Acceleration Plan (PAI) 2014-2020 now in its implementation phase, has had a positive impact on the industrial sector. This plan has contributed to increased exports, the upgrade of the industrial infrastructures and the enhancement of the city’s competitiveness in the region.
The full report can be downloaded here