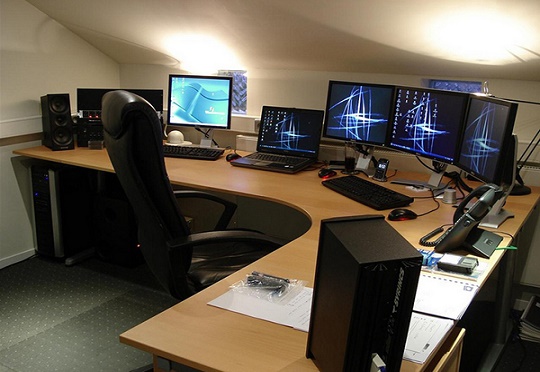 The Middle East and Africa (MEA) PC monitors market saw shipments reach a value of $168.98 million for the second quarter of this year, according to the latest insights from International Data Corporation (IDC).

The global technology research and consulting firm's Quarterly PC Monitors Tracker shows that a total of 1.1 million units were shipped across the region during Q2 2019, up 1.8% year on year (YoY).

“After suffering five sequential quarters of YoY declines, the positive growth seen in Q2 2019 offered some welcome relief for the MEA PC monitors market,” says Nourhan Abdullah, a senior research analyst at IDC. “The growth was primarily spurred by the performance of the markets in Turkey and South Africa, where monitor shipments increased 18.5% and 8.0% YoY, respectively, in Q2 2019. Turkey, the region’s largest market, finally saw a stabilization of its currency after experiencing many quarters of uncertainty and fluctuations, while South Africa has started to recover from the tough recession that has been hanging over the country since 2017.”

Commercial demand accounted for 75.1% of the market in Q2 2019, with shipments to this segment increasing 4.1% YoY. The consumer segment, which accounts for the remaining 24.9% of the region’s market, saw shipments decline 4.6% YoY as currency fluctuations and the introduction of VAT in many MEA markets have made products more expensive for end consumers.

Third-ranked LG is the largest consumer-oriented brand in the MEA market. The vendor’s overall shipments declined 5.9% YoY to 108,000 units in Q2 2019, accounting for 9.8% of the market.

Fourth-placed Lenovo posted YoY of 23.4% in Q2 2019, courtesy of its strong performance in governmental deals. The vendor shipped 85,000 units for the quarter, which equates to 7.7% share.

Samsung remained in fifth place with 6.2% share after seeing its shipments decline 33% YoY to 68,000 units.

Despite their relatively high prices, shipments of curved monitors across the MEA region increased 49.3% YoY in Q2 2019. However, this remains a very niche segment of the market, accounting for just 5.1% of overall shipments for the quarter.

Looking ahead, IDC projects the MEA PC monitors market will remain stable through the end of 2019 with 4.2 million units to be shipped for the year as a whole. “This translates into YoY growth of 0.1%, and while that doesn’t sound particularly encouraging, it represents a huge improvement on the 11.6% YoY decline seen in 2018,” says Abdullah. “This is being caused by the growth and stabilization of the region’s largest markets and should therefore not be construed as an overall shift in the long-term trend of the market.”

The long-term outlook is not too positive for the MEA PC monitors market, with IDC forecasting shipments to decline at a five-year compound annual growth rate (CAGR) of 3.1% through to the end of 2023. "This decline will be caused by consumers increasingly choosing to spend their hard-earned disposable income on other technologies, such as smartphones, laptops, and tablets," says Nabila Popal, a senior research manager at IDC. "Vendors should focus on growing their presence in niche sectors like gaming monitors to grow within the consumer segment and focus on commercial pipelines in order to remain relevant in this declining industry."