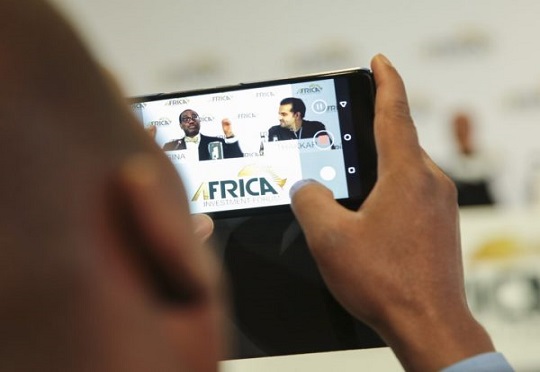 Following persistent concerns expressed by the public about the high level of data prices and the importance of data affordability for the South African economy and consumers, the Competition Commission (Commission) finally announced the release of its final findings and recommendations of the Data Services Market Inquiry (Inquiry).

After the handover of the report detailing the final findings and recommendations of the Inquiry to the Honorable Minister of Trade and Industry, Ebrahim Patel, the Minister will table the report in Parliament. The Commission will also, as required, publish the report in the government gazette.

1. The Commission finds that the evidence including the benchmarking assessments and profitability analyses confirm that South Africa’s prices are too high.

When considering prepaid mobile data prices, both existing international comparisons and research conducted by the Commission confirm that South Africa performs poorly relative to other countries. Furthermore, current comparisons of the prices charged by Vodacom and MTN in other African markets in which they operate also reveal that South African prices are higher than most countries by some distance.

While operators have objected to the use of such international comparisons, little evidence has been forthcoming from Vodacom and MTN despite being present in many of the comparator countries. Furthermore, and importantly, Vodacom and MTN’s high profitability and high margins over costs in South Africa show that difference in costs or other factors across countries cannot account for the differences in pricing.

The analysis also shows that there is a prima facie case for excessive pricing against Vodacom and MTN.

2. The Commission finds that pricing structures are anti-poor and lack transparency. Poorer, low-volume customers face higher per megabyte (per MB) prices than richer, highvolume consumers on a like-for-like basis. Poorer consumers are faced with little option but to resort to purchasing short-validity bundles in pursuit of lower prices, but this is no answer as it does not provide them with continual data access at affordable prices.

The Commission also finds that the evidence is consistent with larger operators being actively engaged in exploitative price discrimination and partitioning strategies in order to push up margins and prices.

3. Based on the evidence before the Commission, it finds that price-based competition in mobile markets is inadequate, the challenger networks of Cell C and Telkom Mobile are unable to effectively constrain the two first-movers, and that Vodacom has substantial market power, with MTN to a lesser degree.

The retail mobile market has remained stubbornly concentrated despite the entry of two challenger networks over time, while the existence of market power and ineffective competition is also reflected in the profitability of Vodacom and MTN, both in absolute terms and relative to their operations in other markets. Competition concerns are also reflected in wholesale markets such as roaming where the latest agreements provide improvements in the quality of service, but on pricing remain clearly unfavourable to the challenger networks.

Wholesale access for Mobile Virtual Network Operators (MVNOs) has also been lacking with access being uncompetitive and preventing further competition at the retail level.

4. A lack of spectrum and cost-based facilities access drives up costs.

It seems to be common cause that the failure to release high demand spectrum due to delays in digital migration has left mobile operators with both insufficient spectrum and a lack of access to favourable low frequency bands, raising costs unnecessarily.

Following the release of the Policy Directive, ICASA has issued an Information Memorandum outlining possible assignment criteria. The Commission has made submissions to ICASA and will continue to engage in line with its view that the process should be used to promote affordability and access over revenue generation. The Commission also finds that enhancing facilities access and sharing can substantially reduce operating costs and ensure the rapid deployment of competing infrastructure. However, there remain persistent complaints around gaining access to facilities and doing so on fair commercial terms.

While there is legislation and regulations, these have faced criticism in terms of strategic behavior by incumbents and a lack of coverage of unlicensed players such as municipalities and independent tower companies.

5. The Commission found a need to further address the fixed line supply gap to provide access to alternative data services.

Having highlighted the role of alternative infrastructure for data, including fixed line supply, and the potential role it can play in reducing data prices more generally and to poorer consumers more specifically, the Commission further engaged stakeholders in this area.

The Commission found that evidence indicates a prima facie case for excessive pricing against Telkom (Openserve) in respect of its IP Connect product given its high price-cost mark-ups and higher prices in the past. The Commission also found in terms of further roll out of fixed lines and Fibre to the Home (FTTH) into lower-income areas, challenges include the pricing, processing and practice of attaching certain conditions to wayleave applications by municipalities, and identifying revenue models that enable the commercial success of a venture with high fixed costs, without relying on the usual revenue model of high fixed monthly fees.

In terms of the provision of alternative Wi-Fi and local wireless data network services to lower income and rural communities, the Commission uncovered a host of interesting initiatives, which have informed the commission's recommendations.

In terms of recommendations, the Commission has covered three categories.

1. The Commission has made recommendations for immediate relief on data pricing focusing on the level and structure of pricing.

These include requirements for MTN and Vodacom to reach agreement with the Commission on reductions to the level of pricing and changes to the structure of pricing and pricing strategies that facilitate greater exploitation. There is scope for price reductions in the region of 30% to 50%. The Commission also calls for agreement across operators for a commitment to offer all prepaid subscribers a lifeline package of daily free data to ensure all citizens have data access on a continual basis, regardless of income levels as well as an industry wide approach to zerorating of content from Public Benefit Organisations.

Telkom (Openserve) must also reach agreement with the Commission on substantial price reductions for the IP Connect products. Failure to reach the necessary agreements within specified timeframes will result in the Commission proceeding to prosecution under the appropriate sections of the Competition Act.

2.  The Commission has made recommendations to enhance price-based competition.

These include requirements for Vodacom and MTN to reach agreement with the Commission on appropriate pricing of roaming agreements and the institution of accounting separation for their wholesale network infrastructure. The Commission’s recommendations also include legislative changes to facilitate cost-based access to facilities and that ICASA undertake the process of defining essential facilities as a basis for regulating such facilities, as well as various changes to the Electronic Communications Act, in line with the process of amendments DTPS had previously initiated, including rapid deployment, a review of Section 67, and provisions for the regulation of roaming and MVNO arrangements.

Recommendations include greater incentives for FTTH roll out in low-income areas, active promotion of free public Wi-Fi by all levels of government, the consideration by ICASA of regulatory changes to allow for community networks to access licensed but unused spectrum in rural areas, and that a single government department or agency be designated as responsible for driving these initiatives across the different departments and levels of government.

“This is a comprehensive package of recommendations necessary to address high data costs in the country. High data costs do hamper the growth and development of the economy and will derail the country’s potential in the fourth industrial revolution. For these recommendations to be effective and achieve the desired results, we urge decisiveness by all concerned in implementation”, said Commissioner Tembinkosi Bonakele.